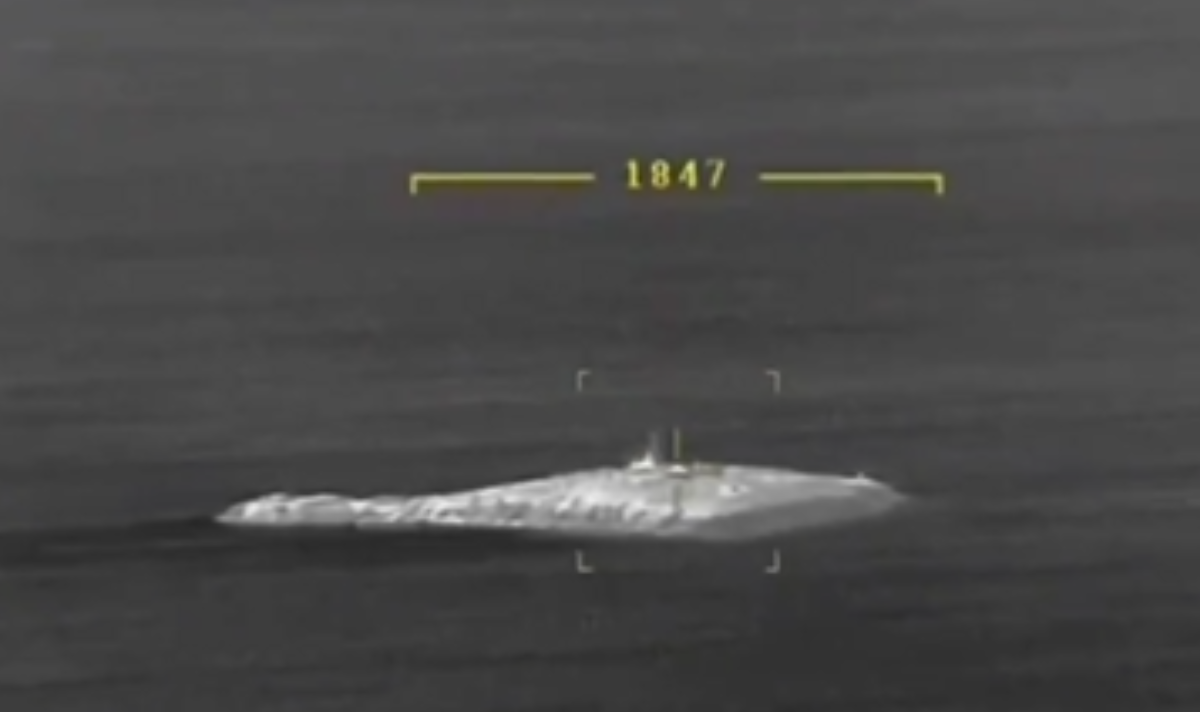 Russian forces have been driven out of Snake Island after Ukraine’s military forces used heavy artillery to bombard them.

Snake Island is an uninhabited green pasture that has become a strategically important during the ongoing invasion of Ukraine, as the strip of land is located in the Black Sea.

Ukraine’s military officials have declared the take-back of the island a victory, and have been using gifted weapons from Western countries in order to achieve the win.

The Island lies 186 miles west of annexed Crimea, which is currently under Russia’s control.

Drone footage released by Ukraine’s armed forces showed them using a tracking device to zoom in and locate Russian militants who are still positioned on Snake Island.

Once the Russian soldiers had been located, the howitzer begain to fire at their positions.

The video shows the long-range weapons system striking the targets with accurate precision and ease.

After the heavy artillery has finished firing missiles to acquired targets, there are explosions and then smoke begins to pilar up into the sky.

JUST IN: What Biden is REALLY offering Turkey as US finally give backing to Erdogan’s F16 jet plan

Users on social media have been reacting to the footage of Ukraine’s army using the howitzers to defeat Russian militants who were still located on Snake Island.

one user @Pendolino7OS said: “They could have done it with Caeser or PzH2000 as well.”

@DDeitscher said: “Amazing. Give Ukraine what they need and they will send the orcs to mother Mordor back.”

And Andriy Yermak the Ukrainian President Volodymyr Zelenskiy’s chief of staff tweeted: “KABOOM! No Russian troops on the Snake Island anymore. Our Armed Forces did a great job.

“The enemy hurriedly evacuated the remains of the garrison with two-speed boats and probably left the island. Currently, Snake island is consumed by fire, explosions are bursting.”

@Stingra14249640 said: “Now they have to jump on a boat and raise the Ukrainian flag on this island.”

@Farvetglass said: “It was also a good practice getting to know the new stuff.”

NATO-aligned countries in the West have been offering their ongoing support to Ukraine since the beginning of the Russian onslaught.

They have gifted Ukraine top-of-the-range military weapons to add to their arsenal in order to push back on the Russian advancement.

DON’T MISS: ‘They have nothing on Meghan!’ Sussex fans demand bullying probe is published

Ukraine received the howitzers from Germany and the US last week in order to repel Russian troops.

A US official confirmed last month: “We do believe that these howitzers will be […] very, very effective in helping in the Donbas fight, which we’ve already seen, is deeply reliant on long-range fires, specifically artillery by both sides.

They added: “We certainly believe that the conditions could be set for a much longer slog here inside the Donbas given both sides’ familiarity with the terrain.

“We’ve described it as a potential knife fight, and I think it’s beginning to shape up to be exactly that.”