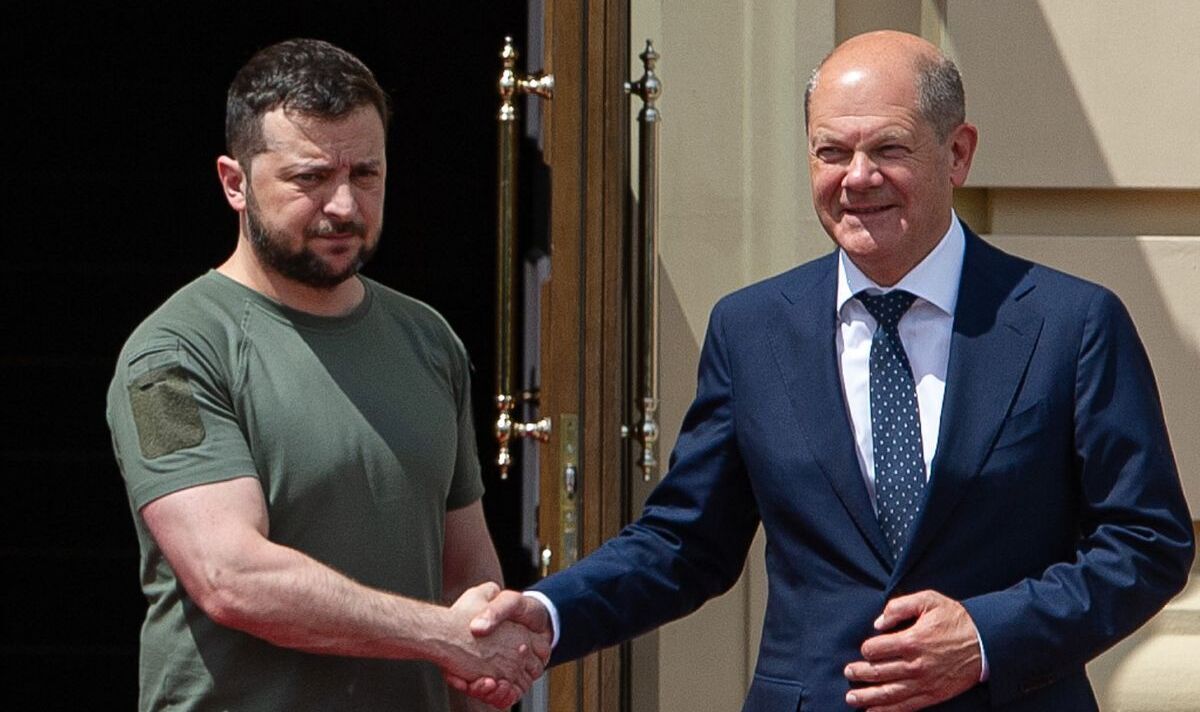 Ukrainian president Volodymyr Zelensky has repeatedly stated the importance of international support to keep Ukraine alive in its fight against Putin’s illegal invasion of the country. Their resilience in the face of overwhelming odds has shocked the world and particularly the Russian tyrant, who reportedly expected the invasion to be over within a matter of days. As the Ukrainian Foreign Minister today said their troops would resort to using shovels if they had to, a German arms deal to provide them with desperately needed equipment has stalled.

Germany initiated a deal with Ukrainian neighbour Slovakia two months ago to enable them to provide tanks to Ukraine.

However, the deal is now stalling, as the 15 Leopard tanks offered in exchange for 30 T-72s to Ukraine are reportedly insufficient for Slovakia’s national defence.

Despite its small size Slovakia has extensively supported Ukraine with weapons and materials, including weapons worth more than 150million euros and its only S-300 anti-aircraft missile system.

He said that Russian troops currently held a 15:1 advantage in artillery weapons.

Mr Kuleba said that even if Western supplies ended, the Ukrainians would refuse to stop fighting.

He said: “If we don’t receive weapons, all right, then we will fight with shovels, but we will defend ourselves, because this war is a war for our existence.

“So the sooner we receive weapons, the sooner they are sent, the greater the help for us.

“If weapons are sent later, we will still say ‘thank you’, but then a lot will have been wasted, many people will have died.”

He stressed that no one in the West should believe that Ukraine would be more willing to make concessions to Putin in a possible peace treaty, if they did not receive arms.

He added that the war was now an artillery war, saying that Russia had fired a thousand missiles at targets in Ukraine over the past few days alone.

In the same program, EU Commission President Ursula von der Leyen defended her proposal to grant Ukraine the status of a candidate country for accession to the European Union.

She said: “Ukraine has made enormous steps forward,” adding that there was a “moral obligation” to support the country at this time.

She added that while Ukraine was a robust, parliamentary democracy, the EU “want to see even more reforms”.

This included the fight against corruption and oligarchs.

Slovakian government officials reportedly remain optimistic that they will be able to negotiate a deal with Germany that will enable them to send tanks to Ukraine.

He confirmed that the cyberattack was averted with any data being stolen, however.