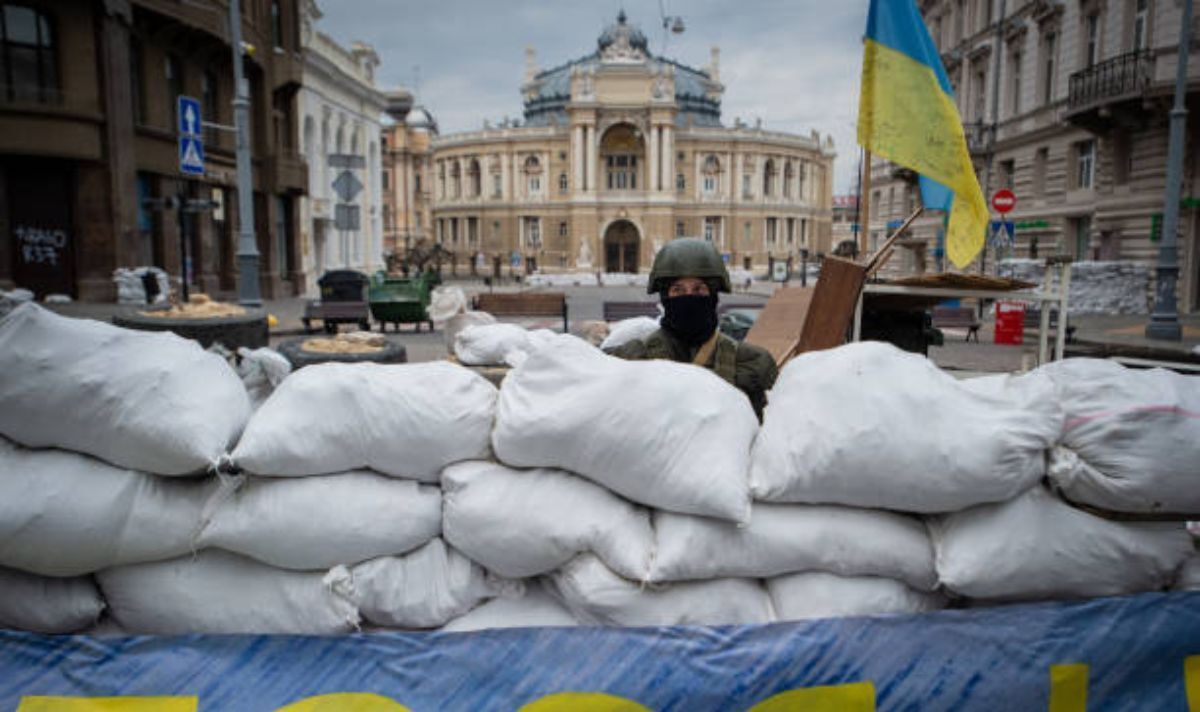 The historic centre of the Ukrainian city of Odesa has been declared an endangered World Heritage site by the United Nations cultural agency, Unesco. Russia, which has bombed Odesa serval times during its war with Ukraine, has criticised the decision.

On Wednesday, a Unesco panel meeting in Paris, France awarded the status and said they recognised “the outstanding universal value” of the area.

The world heritage committee’s 21 member states approved the declaration, with six votes in favour, one against and 14 abstentions.

Odesa’s new status will help protect the city’s cultural heritage, which has been under threat since Russia invaded Ukraine.

Russia has bombed Odesea several times, and last July the large glass roof of the Museum of Fine Arts was destroyed

Russia has denounced Odesa’s new status after repeatedly trying to delay the vote and has said the only threat to the city comes from the “nationalist regime in Ukraine” which they accused of destroying monuments in the city.

They said: “It was prepared hastily, without respecting the current high standards of Unesco.”

The Foreign Ministry also stressed that the decision received only six votes in favour and also highlighted “the glorious historical past of Odesa as part of the Russian state.”

Audrey Azoulay, the director-general of Unesco has said the city being declared a World Heritage site was an important first step.

She said: “There was first a symbolic aspect which is that of saying this city belongs to the world heritage, it concerns us all, we are all looking at it, we all see it and we recognise its history and its contribution to the heritage.

Ms Azoulay added that the decision means that all of its members, which includes Russia now have an obligation to “not to bring deliberate destruction” to a declared World Heritage site.

Odesa will also now have access to both technical and financial assistance to protect its important sites which Ukraine can request “to ensure the protection of the property and, if necessary, assist in its rehabilitation.”