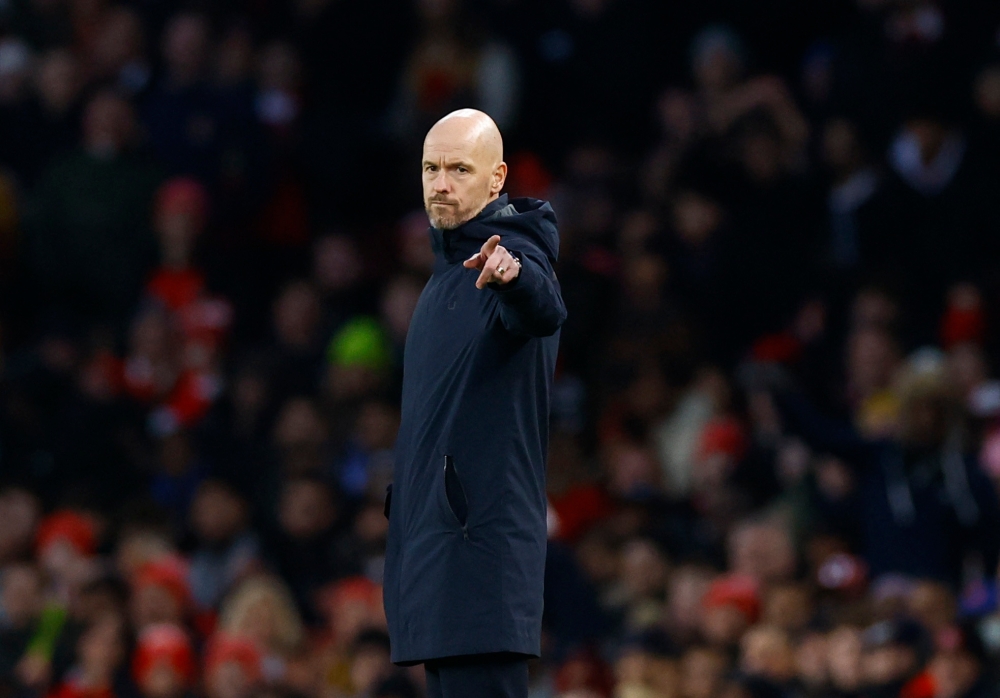 MANCHESTER, Jan 24 —Manchester United have a good opportunity to win their first trophy since 2017, manager Erik ten Hag said today as his team prepares for the first leg of the League Cup semi-final against Nottingham Forest.

United have been criticised by their fans for the club’s trophy drought, with the team last winning silverware back in 2017 as they won the Europa League and League Cup.

But United have improved under Ten Hag and are the only English team to remain in contention in four competitions this season—Premier League, League Cup, FA Cup and Europa League.

“It’s about that, it’s about winning trophies,” Ten Hag told reporters ahead of Wednesday’s trip to Forest. “We have a good opportunity but you have to go from game to game.

“Now we play Forest in two legs, we focus on the first leg. Don’t think further ahead as it will only distract.”

Ten Hag said United have moved on from their 3-2 defeat by league leaders Arsenal in their last game and his players are fully focused on facing Forest, who are 13th in the standings, nine spots below United.

The Dutchman said Diogo Dalot, Jadon Sancho and Anthony Martial will remain unavailable for the game, but Casemiro would be available again after serving a one-match ban in the league.

The second leg will be played at Old Trafford on Feb. 1. — Reuters