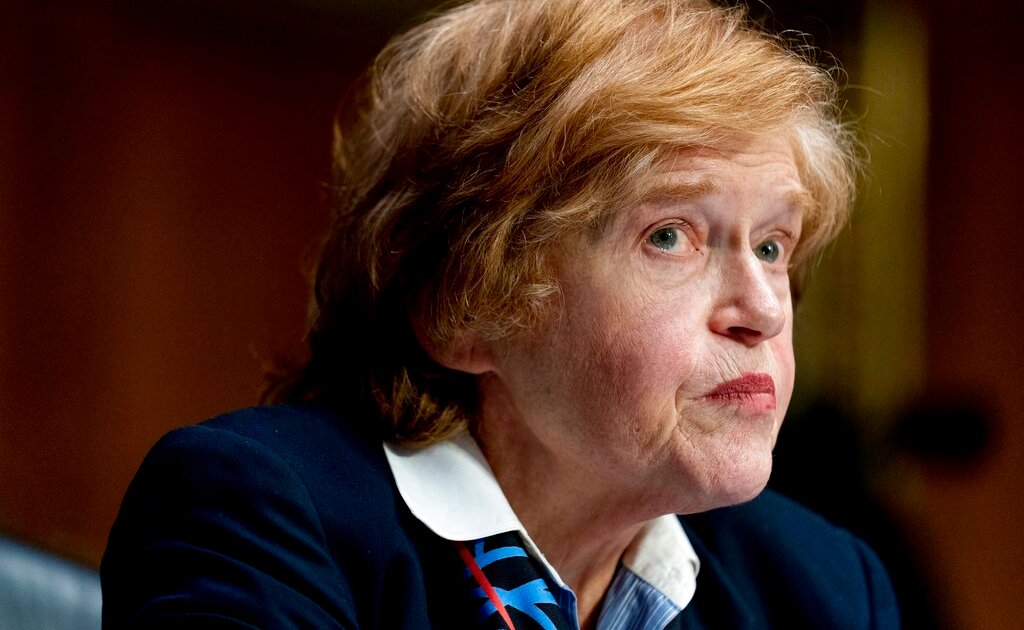 US envoy to combat anti-Semitism to visit Saudi Arabia, Israel

Deborah Lipstadt will promote normalisation between Israel and Arab states during her trip, US State Department says.

Deborah Lipstadt, the US envoy to combat anti-Semitism, will travel to Israel, Saudi Arabia and the United Arab Emirates ahead of a visit by President Joe Biden to the region, the State Department has announced.

Lipstadt will promote normalisation between Israel and Arab countries during the trip, which begins Sunday, the State Department said.

“Lipstadt intends to build on the profoundly important Abraham Accords to advance religious tolerance, improve relations in the region, and counter misunderstanding and distrust,” a statement released Thursday previewing the trip said.

It will be Lipstadt’s first official foreign trip since being confirmed by the Senate in late March.

The so-called “Abraham Accords” are the normalisation agreements signed in 2020 between Israel and several Arab countries, including the UAE, Bahrain, Morocco and Sudan.

Saudi Arabia has not normalised relations with Israel. But recent years have seen de-facto rapprochement between the two countries that view Iran as a common foe. The kingdom has allowed some Israeli flights to use its airspace en route to the UAE, which is deepening commercial and diplomatic ties with Israel.

Saudi officials have repeatedly voiced commitment to the 2002 Arab Peace Initiative, which states that Arab countries would normalise ties with Israel in exchange for establishing a sovereign Palestinian state and finding a “just settlement” for Palestinian refugees forcibly displaced during the founding of Israel in 1948.

Still, Biden has suggested that he will push for normalisation between the kingdom and Israel during his trip to both countries next month. He will fly directly from Israel to Saudi Arabia where he is expected to meet with Crown Prince Mohammed bin Salman and other regional leaders in Jeddah.

“What I want to do is see to it that we diminish the likelihood that there’s a continuation of some of these senseless wars between Israel and the Arab nations. That’s my focus,” the US president told reporters early in June when asked about visiting Saudi Arabia.

Palestinian leaders have previously rejected Arab-Israeli normalisation as a “stab in the back” to the Palestinian cause.

Earlier this month, Israeli officials hailed the prospect of further normalisation with Arab countries in the context of Biden’s visit. Axios quoted Israeli foreign minister Yair Lapid as saying that the US president’s trip can “improve ties” between Israel and Saudi Arabia.

“We want a peace agreement with Saudi Arabia,” Lapid said.

After US officials confirmed Biden’s July trip to the Middle East, Prime Minister Naftali Bennett’s office also said the visit will “reveal the steps that are being taken by the US to integrate Israel into the Middle East”.

On Thursday, the State Department said Lipstadt will “meet with senior governmental and civil society interlocutors to discuss important changes underway in the Middle East” during her trip.

“Her engagements will emphasize promoting interfaith understanding, as well as combating intolerance and anti-Jewish sentiment,” the State Department said.

“Branding Israel an apartheid state is more than historically inaccurate,” she told legislators during her confirmation hearing. “I believe it’s part of a larger effort to delegitimise the Jewish state. Such language, I see it spilling over onto campuses where it poisons the atmosphere, particularly for Jewish students.”