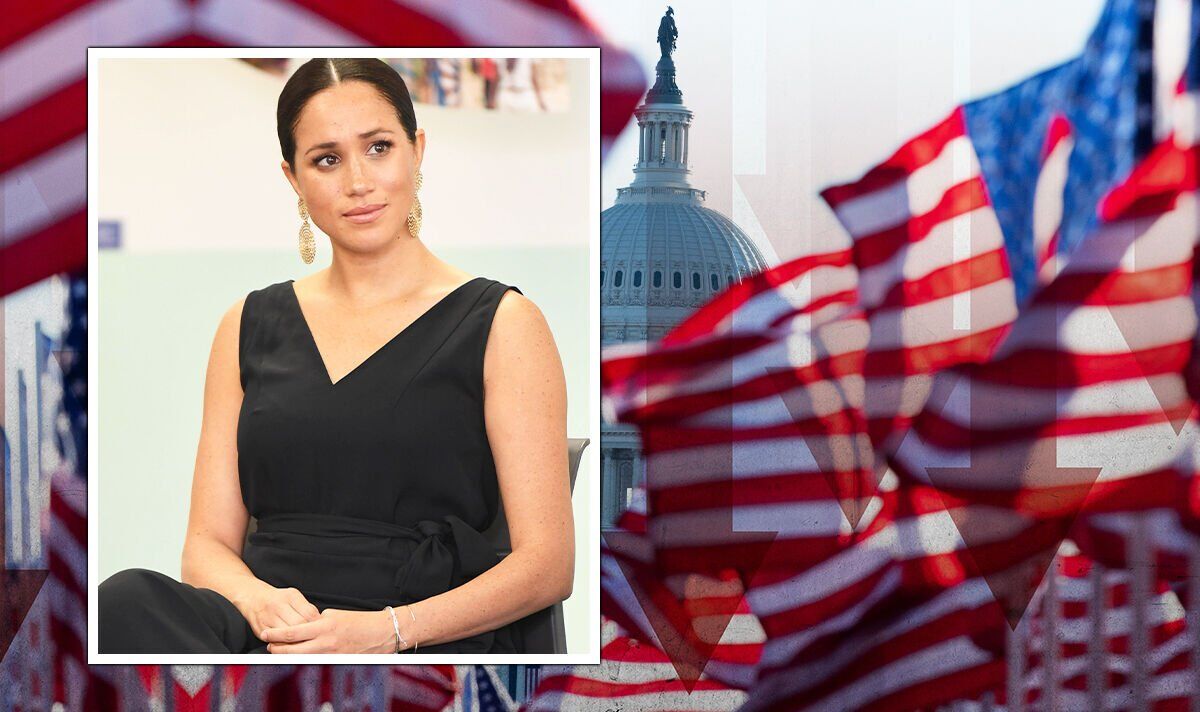 ‘US has turned!’ Meghan Markle’s popularity and image ‘plummeting’ in home country

In 2020, Meghan Markle and her husband Prince Harry gave up their roles as working members of the Royal Family when they moved their family to Canada, and then months later, to California in the US. But since then, comments made by the couple towards the monarchy have come under the microscope – particularly during a bombshell interview with Oprah Winfrey in March 2021.

The Duchess of Sussex alleged there were “concerns and conversations” from within the Royal Family about the skin tone of son Archie Harrison ahead of his birth in 2019.

Meghan also said that since joining the Royal Family, she had been suffering from mental health problems, including having suicidal thoughts.

A week after the bombshell interview, an Economist Survey by YouGov of 1,500 US adults found Meghan Markle had a net favourability of just +15 – down from +28 a year earlier, while negative ratings of her rose ten points to 33 percent.

But a YouGov poll of 1,000 US adults from May 18-21, 2022 found this had plunged further, with just 45 percent now having a “favourable or somewhat favourable” view of the Duchess of Sussex.

Less than half (46 percent) had a “very or somewhat unfavourable” view of her.

Nile Gardiner, a Washington-based foreign policy expert and Royal Family enthusiast, told Express.co.uk: “The popularity of Meghan and Harry in the US has declined significantly over the course of the year, and that will continue to decline.

“The image of Meghan is plummeting in the US as it is in the UK.

Meghan and Harry returned to the UK earlier this month for the Queen’s Platinum Jubilee celebrations, where they sat away from working royals on the Buckingham Palace balcony for Trooping the Colour.

But ahead of that, a major poll showed Meghan popularity was extremely low among Britons.

YouGov quizzed 1,692 UK adults from May 18-19 and asked whether they held a positive or negative opinion of each of the key royals analysed.

Among the Britons interviewed by YouGov in the most recent poll, less than a quarter (25 percent) said they have a positive opinion of her against 63 percent saying to have a negative one.