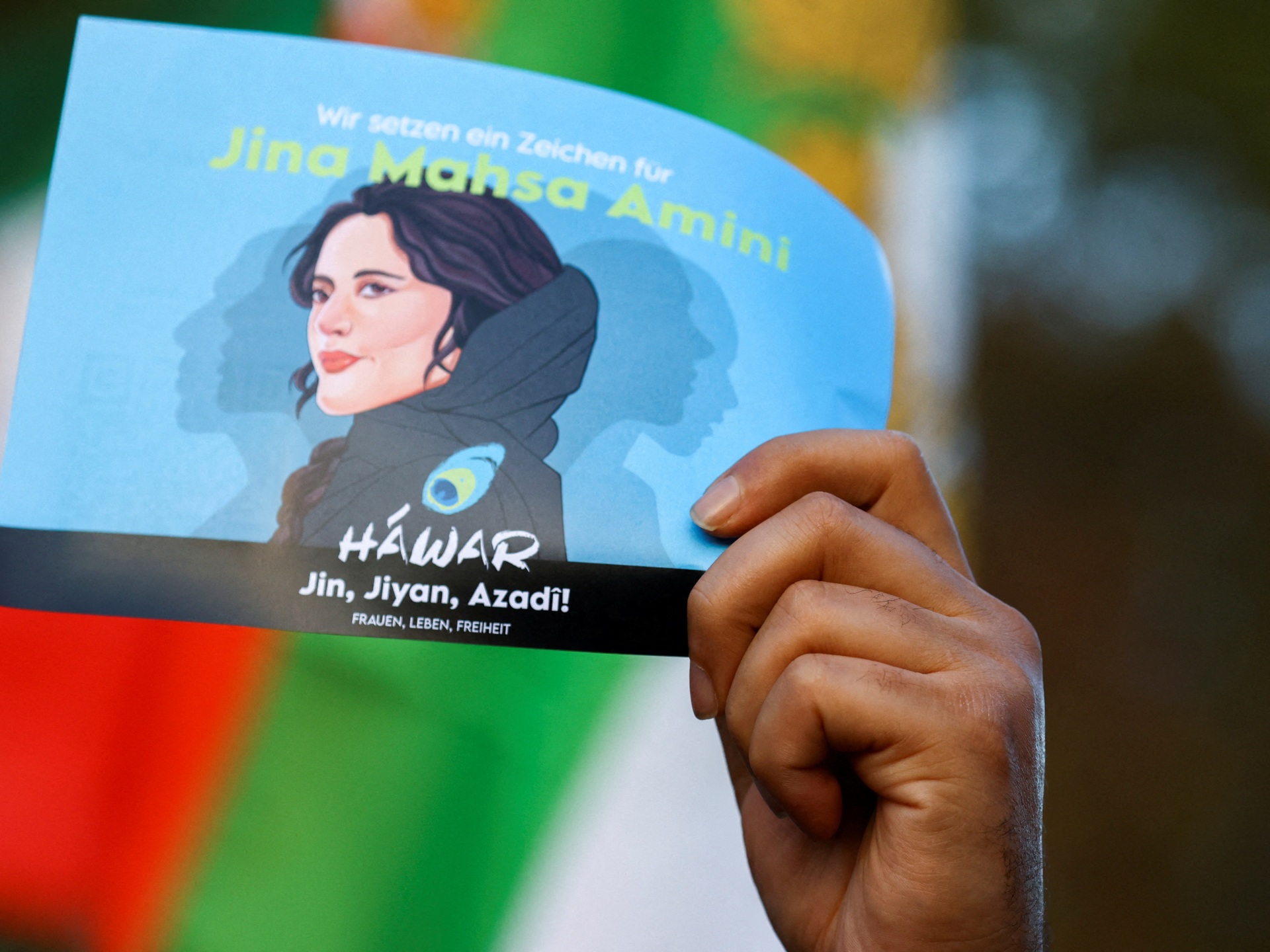 US sanctions Iranian officials amid crackdown on protests

The United States has announced sanctions against three Iranian security officials amid efforts by the government to clamp down on protesters in largely Kurdish regions of the country.

In a news release on Wednesday, US Secretary of State Antony Blinken accused the three officials — Hassan Asgari, Alireza Moradi and Mohammad Taghi Osanloo — of complicity in human rights violations.

“The United States is gravely concerned by reports that Iranian authorities are escalating violence against peaceful protesters,” Blinken said. “The human rights abuses inflicted by Iran’s government on its people must not go without consequence.”

The sanctions come as protests continue to roil Iran, sparked by the death of 22-year-old Mahsa Amini, an Iranian woman of Kurdish descent who died after being detained by the country’s morality police in September.

Human Rights Activists in Iran, a group monitoring the protests, has said that at least 426 people have been killed and more than 17,400 arrested as the Iranian government sought to put down the protests.

The US Department of the Treasury said in a statement that the government’s response has been “particularly severe” in areas with large Kurdish populations, such as Sanandaj and Mahabad in northwestern Iran.

One of the individuals sanctioned today, Asgari, is the governor of Sanandaj. The US Treasury alleged that he and other officials tried to cover up the death of a 16-year-old protester reportedly killed by security forces, spreading rumours that she died instead by suicide and drug overdose.

Another sanctioned official, Moradi, is the commander of the Sanandaj’s Iranian Law Enforcement Forces (LEF). He reportedly ordered the “mass arrest of protesters”, according to US Secretary of State Blinken.

The third individual named in Wednesday’s sanctions, Osanloo, is the commander of the Islamic Revolutionary Guard Corps (IRGC) ground forces unit in Iran’s West Azerbaijan province. He oversees a region that includes the Kurdish city of Mahabad.

Iran has pushed back against scrutiny of its human rights record, accusing Western governments of hypocrisy and stating during a UN meeting that the government has shown “deep restraint” during the protests.

In response to the IRGC’s violent crackdown on peaceful protesters, @USTreasury designated three Iranian officials connected to serious human rights abuses. The Iranian government should listen to their people, not shoot at them. https://t.co/h684dnrx7y

The sanctions freeze any US-based assets held by the individuals and generally bars people in the US from engaging in business dealings with them.

“The Iranian regime is reportedly targeting and gunning down its own children, who have taken to the street to demand a better future,” Brian Nelson, the Treasury’s undersecretary for terrorism and financial intelligence, said in a statement. “The abuses being committed in Iran against protesters, including most recently in Mahabad, must stop.”