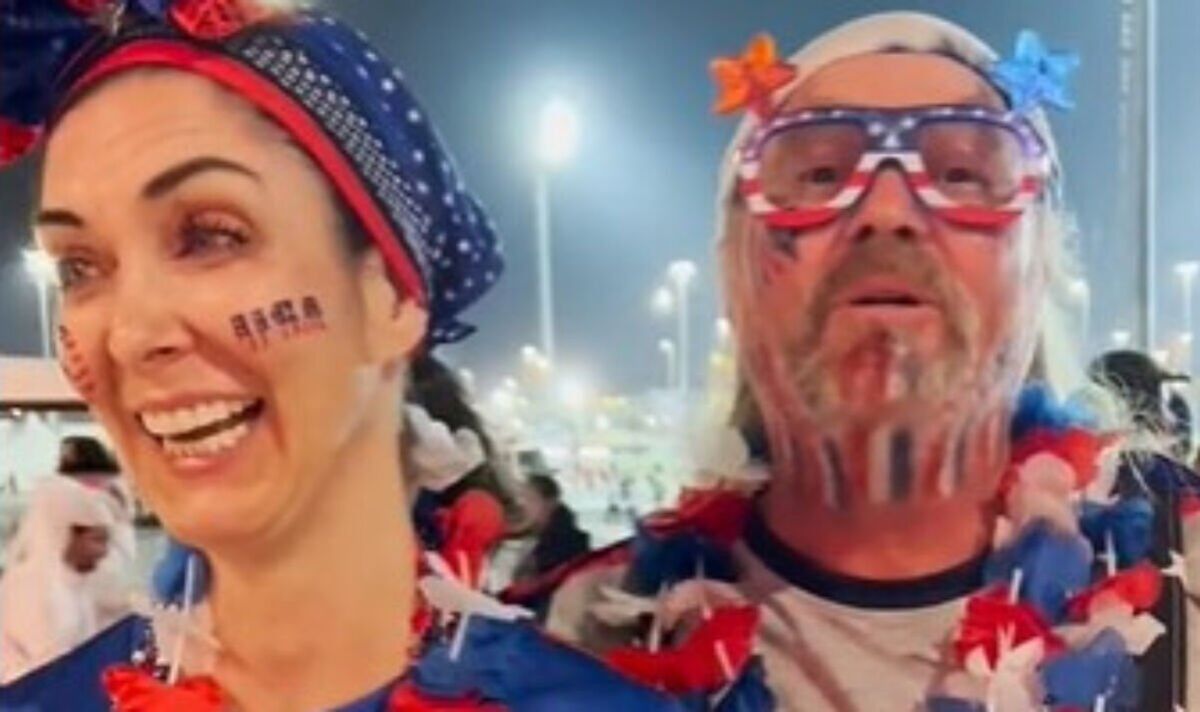 USA fans ruthlessly mocked England ahead of their World Cup clash when the ‘soccer’ fans were asked to say something nice about their opponents on Friday. Gareth Southgate’s side faced opposition from across the pond on the back of their opening tournament win over Iran on Monday.

FOX on TikTok asked USA fans to say something nice about England, which prompted several harsh responses from fans in Doha. “I would admit their girls look good but my wife might get mad, so I am going to say their food is barely edible,” one fan said.

Another fan joked: “The nicest thing is that they provide my dad, who is a dentist, a lot of money, their teeth are horrible!” Then former Tottenham and Fulham ace Clint Dempsey added: “Every time that I play them they are always good to me, because the three times that I played them I scored on them twice. So thank you all for that.”

A second former USA star Alexi Lalas said: “I like that Guinness stuff, they did a good job with that,” joking that England instead of Ireland created the popular beverage. Another fan revealed that she married an Englishman, though he has since switched allegiances.

Manchester United icon Gary Neville admitted that it will be an “interesting” contest between the two sides. “Could be the biggest [American audience] ever,” Neville told ITV.

“They think that it could be a big one for them. They’re excited about this young group of players, they think it could be a tournament too soon for them, they’ve got energy and talent but quite youthful.

“The manager prefers players in Europe rather than players from the MLS, it’ll be interesting how they are tonight because in that second-half against Wales they just died off a bit.”