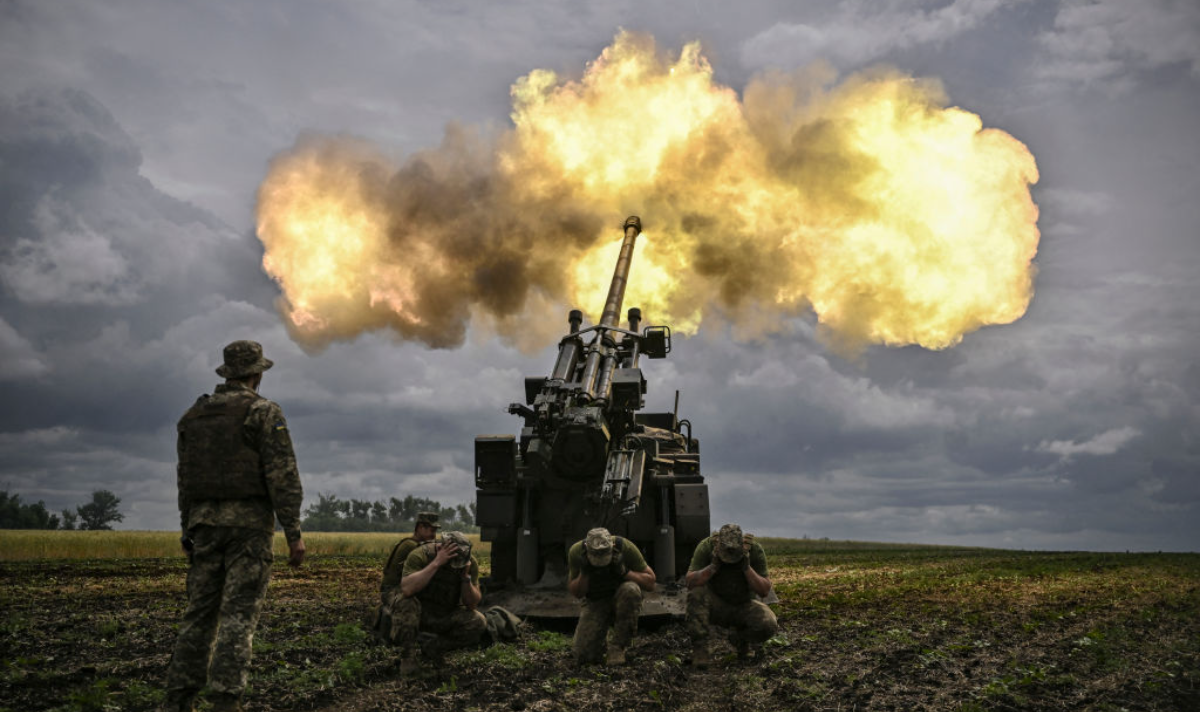 Defence expert Larisa Brown said Russian forces were struggling to replenish their artillery stock, unlike Ukraine which has been continuously receiving large shipments of weapons from the West. Ms Brown outlined a new report showing how easy it was for Ukrainian defence forces to take Russian military kits out with their heavy-duty weaponry. She also noted the importance of Ukrainian soldiers being trained by Britain, as the UK pledged to train thousands of more Ukrainian troops.

Ms Brown told Times Radio: “By next year Russia will be struggling quite a lot, they won’t be able to replenish a lot of their stock, they won’t have the manpower whereas Ukraine will be getting more and more Western kit.

“And they’ve obviously got the Ukrainian soldier being trained in Britain at the moment, and they’re planning to train thousands more.”

Presenter Aasmah Mir added: “Problems with Russian weapons, but we perhaps didn’t know that they were quite this bad?”

Ms Brown said: “Yeah, this is quite an in-depth report actually that’s been compiled by officials and military chiefs inside the Ukrainian ministry of defence.

“And they go into quite a lot of detail about specific Russian kit that’s been used against Ukrainian forces, and then they’ve looked at how easy they’ve been able to take that military kit out.

JUST IN: Woman ‘cons her mum out of £114M by using a fake psychic and cursed’ artwork

“So for example they mentioned this alligator attack helicopter and they say that the Russians are claiming that this is basically a flying tank and they’ve for an armoured cabin that should be able to withstand the impact of 12.7 millimetres of calibre bullets.

“But instead the Ukrainians are able to pierce this helicopter with 7.62-millimetre calibre bullets, so small arms and then they also talk about the missiles that Russia is firing on Ukrainian territory and the fact that some of them only have a 33 percent chance of actually hitting the target.”

Ms Mir added: “And are these legacy issues that this is kind of ageing equipment or is this because of sustained damage throughout during the actual war in Ukraine?”

Ms Brown said: “They’re saying some of it is obviously old Soviet kit that they’ve then tried to modernise and it seems that they’ve not modernised some of this effectively.

There have been reports of Russian servicemen trying to fight in the war with outdated weapons systems, and since then Russian President Putin has struck deal with Iran.

Russia has since received a large shipment of military drones, and reports this week have been published explaining how Russian troops are now training to use them.

Defence Secretary Ben Wallace said: “This latest tranche of military support will enable the Armed Forces of Ukraine to continue to defend against Russian aggression and the indiscriminate use of long-range artillery.

“Our continued support sends a very clear message, Britain and the international community remain opposed to this illegal war and will stand shoulder-to-shoulder, providing defensive military aid to Ukraine to help them defend against Putin’s invasion.”