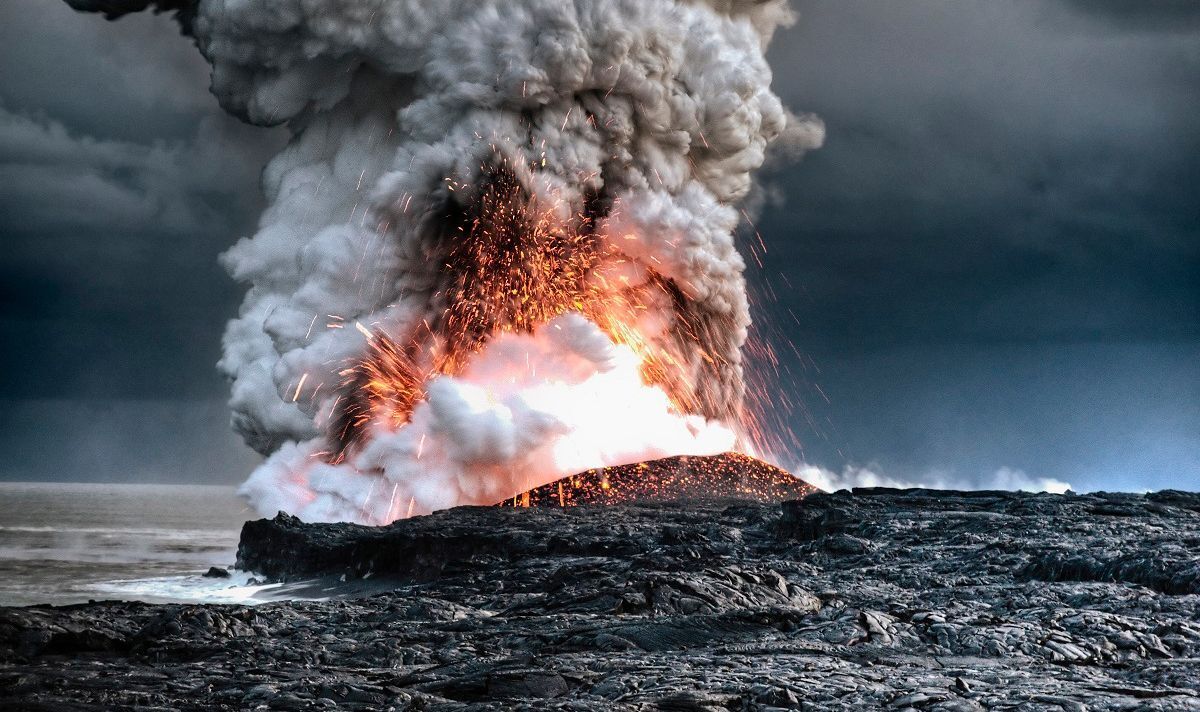 Extreme and seasonal rainfall has been identified as a trigger for eruptive activity at multiple volcanic sites — including Mount St Helens (in the US) Gunung Merapi (Indonesia) and Las Pilas (Nicaragua). Recent research has also shown a link between extreme rainfall and magma movements at depth beneath Italy’s Mount Etna and Hawaii’s Kīlauea volcano. Having seeped into pores in the volcanic bedrock, geologists believe that the water increases the pressure within, decreasing the rigidity of the rock and allowing magma to break through it and rise up towards the surface.

In 2018, for example, Kīlauea underwent a four-month–long eruption that produced some 320,000 Olympic-sized swimming pools’ worth of lava.

This episode — one of the most destructive in Kīlauea’s history — reshaped the landscape, destroyed hundreds of homes and caused the mountain’s summit caldera to collapse.

Back in 2020, geoscientists Dr Jamie Farquharson and Professor Falk Amelung of the University of Miami used precipitation and topographical data to model how rainfall in the decades before the eruption caused fluid pressure within the volcano to change over time.

They determined rain increased the pore pressure in rock at depths of up to around 1.9 miles beneath the surface — peaking around half a century before the eruption.

This weakened the rift zone below the volcano, explaining why the ground was not seen to swell up prior to the 2018 episode.

Ground uplift would be expected if the eruption had been triggered by an influx of fresh magma from depth.

“In light of ongoing climate change, it is critical to know which volcanic areas might experience more extreme rainfall events in the future.”

Increased rainfall, the duo warned, will impact not only tropical volcanoes but also those located in many polar and temperate regions — such as along the Aleutian Arc, the Western US and Canada — potentially increasing volcanic risks as a result.

What is needed, the researchers said, is “improved coupling between scientific observations — in particular, of local and regional precipitation — and policy decisions.”

This, they concluded, “may go some way towards mitigating the increased risk throughout the next 80 years.”

The full findings of the study were published in the journal Royal Society Open Science.