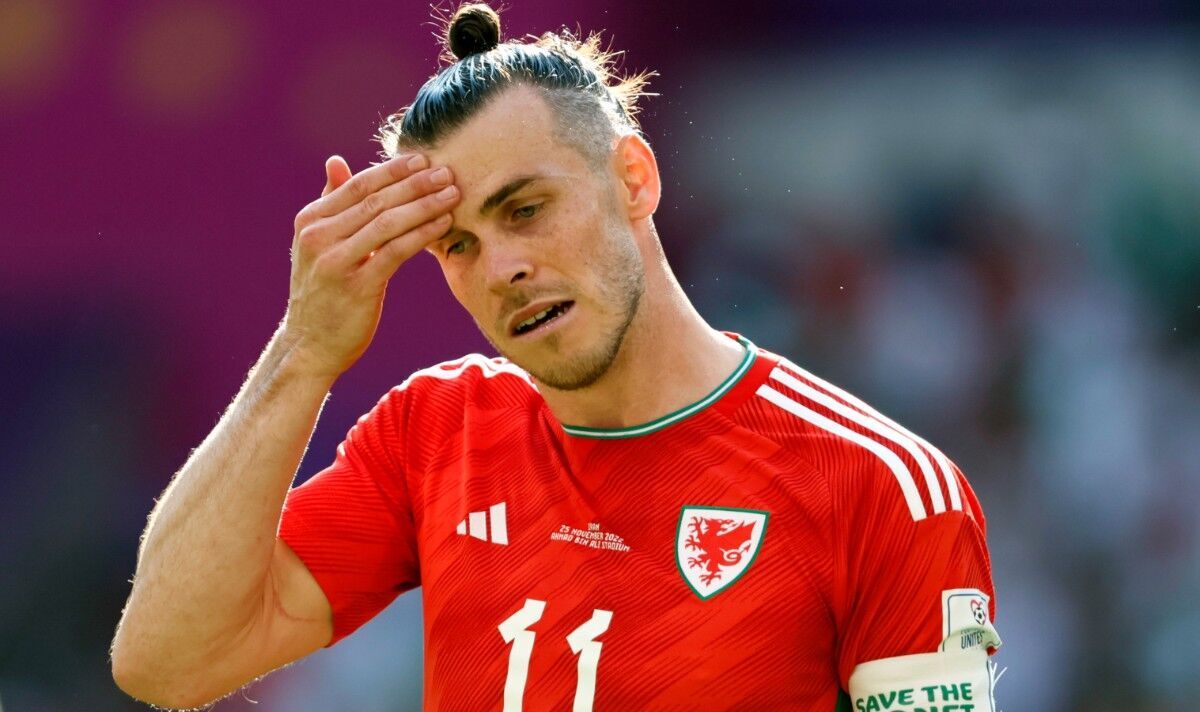 Wales were beaten by Iran in their World Cup clash on Friday, with Rouzbeh Cheshmi and Ramin Rezaeian both on target. The Dragons had gone into the game hoping to secure victory after a 1-1 stalemate with USA in their opening match of the tournament. However, that didn’t happen – and Express Sport will now take a look at four things we learned from the showdown.

Wales have been good in major tournaments in the past. The memory of their terrific run to the quarter-finals of the European Championships in 2016, in particular, stands out.

But Rob Page’s men have looked toothless and devoid of imagination during the competition so far and, after this defeat, are now on the brink of crashing out.

Wales managed just 10 shots against Iran, with three of those on target, despite dominating the ball prior to Wayne Hennessey’s red card. They also managing to string together nearly double the amount of passes, too.

Iran were always the team who looked likelier to score a winner, with the Middle Eastern side striking the woodwork twice and seeing another goal chalked off for offside before their quick-fire double.

Wales will need to be at their best to beat England next time out but the brutal fact of the matter is that, from their two games at the tournament, they’ve not deserved to win either.

Gareth Bale has been a superstar for Wales over the years but, as the veteran enters the twilight years of his career, it’s clear he’s a player on the wane.

The 33-year-old, who plays for Los Angeles FC in the comfortable MLS these days, cut a static figure up top as his side failed to create any openings.

In the past, Bale was capable of beating defenders with some trickery or a stunning turn of pace. Unfortunately, those days are now behind him.

It wouldn’t be a total surprise to see the former Real Madrid, Tottenham and Southampton star hang up his boots once the tournament is over.

Bale has already done so much for his country that nobody whatsoever would begrudge him that.

Iran were well-beaten by England in their World Cup opener and were actually fortunate to score two goals in consolation during that showdown.

But they put in a brilliant performance against the Dragons on Friday and deserved to leave the stadium with all three points to their name.

Ali Gholizadeh had a goal ruled out for offside in the first half, letting Wales off the hook in the process.

And Iran were denied twice by either post in the second half as they threw everything at the Dragons’ defence in an attempt to finally break the deadlock.

Finally, they did so. And it was nothing more than they deserved, with the Middle Eastern country now on course to make the knockout stages of the competition.

The 2026 World Cup will be a painful one

At the next World Cup, due to be held in the United States, Mexico and Canada, there won’t just be 32 teams. Instead, that number is poised to rise to 48.

Watching games such as Wales vs Iran can be tedious or enjoyable. More sides like these will be at the next World Cup, making up the numbers.

Wales and Iran fully deserve to be there and that’s fine. But the thought of more teams like this being there certainly doesn’t fill anyone with excitement.

It isn’t that the matches aren’t a spectacle. They can be, as the final 10 minutes of this proved.

It’s just that the teams are clearly devoid of quality and they’re only at the World Cup to pave the way for bigger and better teams to stroll past them.