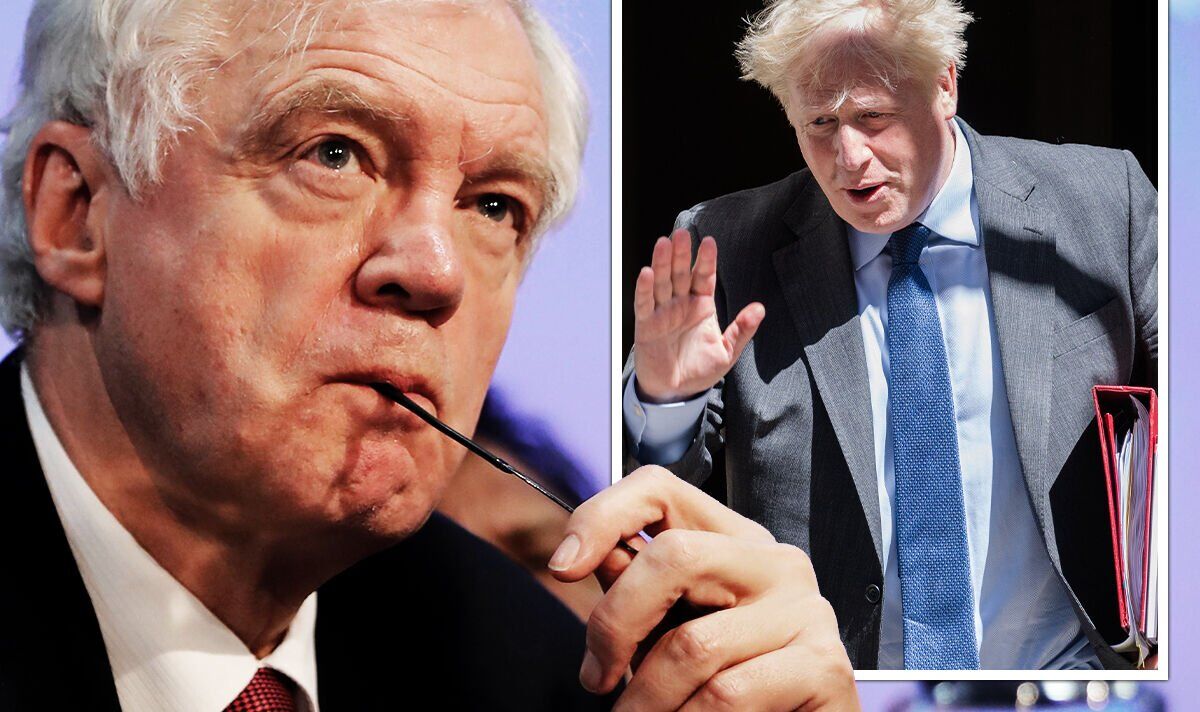 Wanted! A Brexiteer outside Cabinet to replace Boris Johnson… is David Davis the answer?

Conservative rebels have told Express.co.uk that two bad defeats tomorrow in Wakefield and Tiverton and Honiton could trigger a new push to remove Mr Johnson. They have made it clear they think all the members of the Cabinet are “tainted” by the Partygate scandal and failure to push the Prime Minister out after 41 percent of his MPs voted against him in a confidence vote.

Instead the hunt is on for a “unifying figure who everybody can gather around” to lead the party who is also a Brexiteer.

MPs have told Express.co.uk that Mr Davis, who was Brexit Secretary and first ran for the leadership more than two decades ago, is “the obvious candidate.”

If he became Prime Minister at 73 he would be the oldest to enter Downing Street beating Churchill who was 65.

He has twice run for the leadership in 2001 losing to Sir Iain Duncan Smith and then in 2005 losing to David Cameron.

Earlier this month, Mr Davis told Andrew Neil that he was not “hunting for a job and was “unenthusiastic” about a leadership challenge but admitted he had been urged by colleagues to think about it.

He added: “The country’s in trouble. If there was a job I thought I could do, then I think it’s all of our duty to do it. But I don’t think that’s going to be coming. I’m not wasting time thinking about it.

One Tory MP who is enthusiastic about Mr Davis said: “It has got to be David Davis. He is the only realistic candidate with the experience and gravitas to get us out of this mess.”

Another said: “We need a unifying figure, somebody we can all get behind who is also a Brexiteer.

“The Remainers say Brexit is not important anymore but it is because it is not complete.

“They can have their candidate like [foreign affairs select committee chairman] Tom Tugendhat or [former health secretary] Jeremy Hunt but we need a solid Brexiteer who most importantly is a safe pair of hands.

“That has to be David Davis.”

If Mr Johnson is forced out either in 12 months time when a new vote of confidence can be called or if the Standards Committee investigation found that he lied, then many MPs are clear it cannot be a cabinet member.

“They are tainted with association [with partygate],” one MP said.

Another added: “They have been passive bystanders and not done their job in telling the Prime Minister his time was up.”

Major party donors who are holding back funds have also told Express.co.uk they are looking outside the cabinet.

One donor, who until Christmas backed 20 Tory MPs in their constituencies, said: “The cabinet are a shower, not much better than Boris. None of them can be leader.”

This donor has interviewed a series of leadership hopefuls outside the cabinet.

Brexit Britain still has ‘OVER 2,000 EU rules’ to be revealed [REVEAL]

Have Your Say: Would you vote for an ‘anti-Brexit’ candidate? [REACT]

However, even with bad by-election results in two seats won by the Tories in 2019 the Prime Minister, who is currently at the Commonwealth conference in Rwanda, is expected to hold on.

One MP said: “The actual crucial date is this autumn when the Standards Committee investigate whether he lied to Parliament.

“If they find against him it will be hard for him to hold on.”

Allies though believe that Mr Johnson is the subject of a witch hunt by people who want to undermine Brexit.

One loyalist said: “All this speculation is nonsense. They hate him because he got Brexit done.”