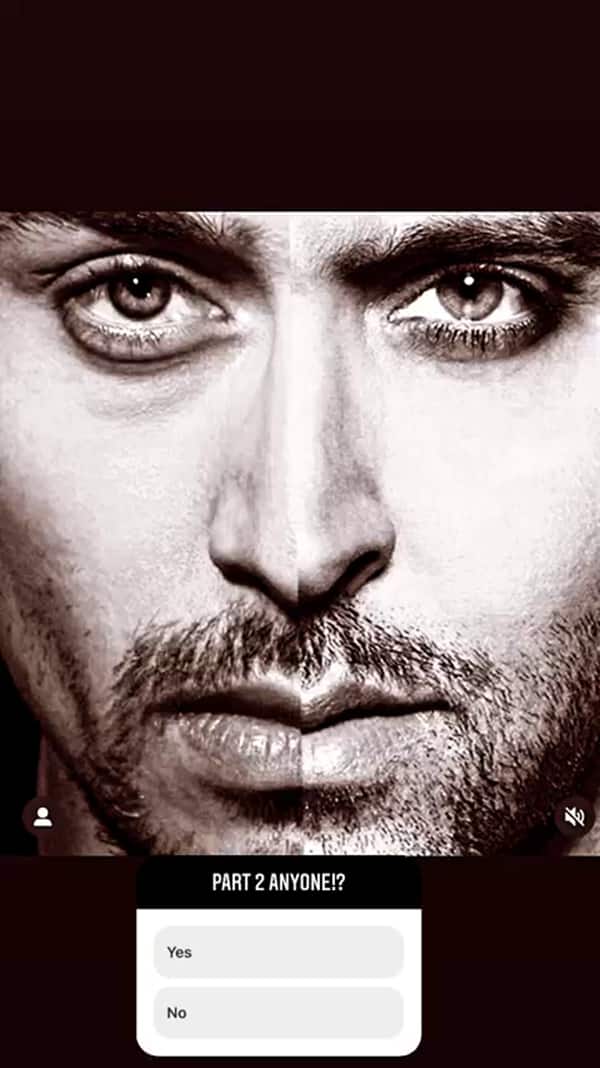 Tiger Shroff and Hrithik Roshan‘s unique combination in Siddharth Anand‘s 2019 action-spy drama War had created a massive rage among the fans. The movie became one of the top grossers and broke several records. While Hrithik’s character kills Tiger’s character in war, it seems like the second installment is on the cards, going by Tiger’s cryptic post. Also Read – Not just Brahmastra, Deepika Padukone to also have a cameo in Shah Rukh Khan and Nayanthara’s Jawan?

On Thursday, Tiger shared a collage image of two half faces, including him and Hrithik. He shared the post and made his fans to reply with Yes or No in a poll where he asked, “Part -2 Anyone?” Almost 90 per cent of the fans have voted for Yes and it has now left them restless hoping to get an official announcement soon regarding War 2. Previously, the makers had said that they will turn War into a franchise with Hrithik Roshan reprising his role of an agent named Kabir who turns rogue. Fan were left in awe of Kabir and Khalid’s chemistry. Also Read – Akshay Kumar-Priyanka Chopra to Hrithik Roshan-Kangana Ranaut: SPICIEST extra-marital affairs of Bollywood celebs that left everyone shocked!

In 2020, when Vaani Kapoor was asked by a fan about her experience working with Tiger, the latter had opened up of being a part of the War sequel and said that he is ready to even become a background dancer. “Hopefully both of us come back to life for the sequel and I can be a background dancer in Ghungroo 2.0 behind you and Kabir,” he had replied to Vaani on Instagram.

During a press meet, War director Siddharth Anand had earlier shared his idea on making the sequel, “We had an idea of turning it into a franchise provided we get love of audience. It seems audience’s demand is more than our desire. This is how it should be. We all will sit together soon and decide on it.”

It will be interesting to see if Tiger and Hrithik would team up once again and blow everyone’s mind with their crackling chemistry in War 2. The film also featured Ashutosh Rana, Anupriya Goenka, Soni Razdan, Sanjeev Vatsa, Dipannita Sharma and Arif Zakaria in pivotal roles.