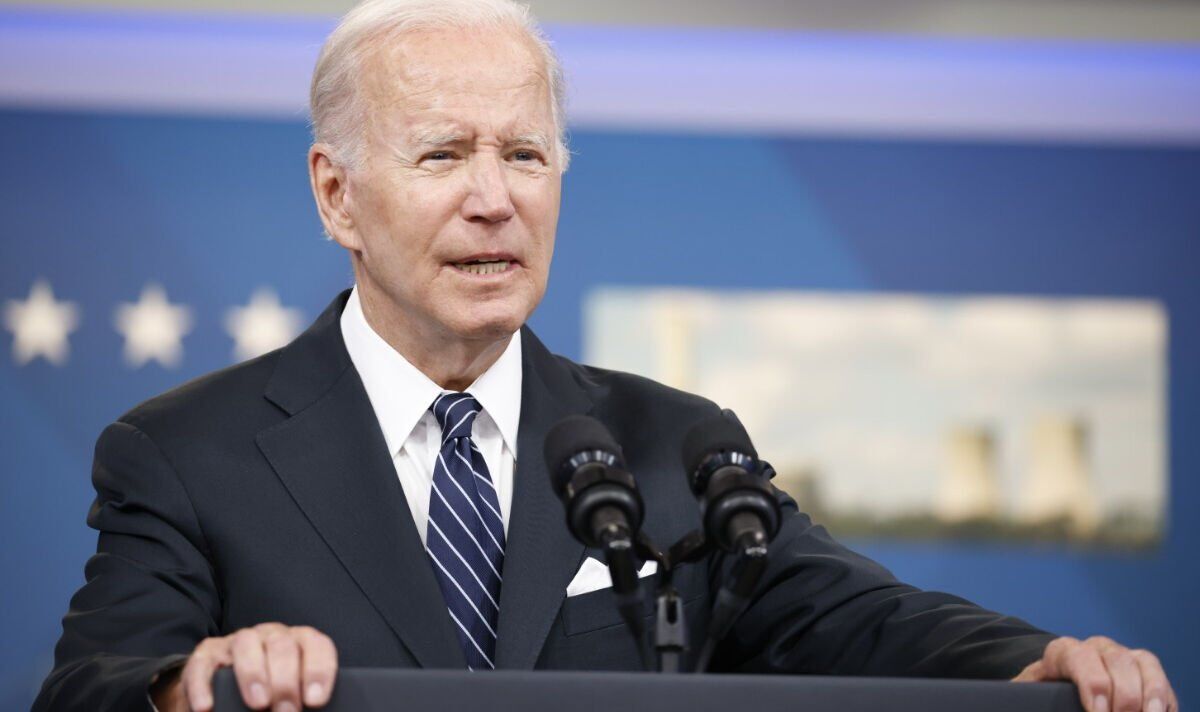 Joe Biden’s administration in Washington has put pressure on Boris Johnson not to take measures to unilaterally axe elements of Ulster’s post-Brexit arrangements. Liz Truss, who replaced Lord David Frost as the UK’s Brexit negotiator in December, unveiled measures to use domestic law to override aspects of the Northern Ireland Protocol last month.

According to the Government website, the Protocol Bill “ensures the delicate balance of the Belfast Agreement”, “introduces durable solutions to fix the four key issues with the Protocol” and “remove[s] unnecessary costs and paperwork for businesses”.

However, the Guardian has claimed Washington has issued a new warning for Brexit Britain.

“The administration does not believe that unilateral steps are going to be the most effective way to address the challenges facing the implementation of the Protocol, and that our strong desire remains to see the UK and the EU return to talks and find a negotiated agreement.”

The White House also addressed remarks made by a spokesperson last week which suggested there was no link between the UK’s response to the Northern Ireland Protocol and negotiations with America.

The insider claimed: “It is true that there is no formal linkage between the Protocol and a free trade agreement but the current situation does not create a conducive environment.”

The UK has previously been issued with threats from House Speaker Nancy Pelosi.

Last month, she even claimed Congress would not support a trade deal between the UK and US if the Government discarded the Northern Ireland Protocol.

READ MORE: Wanted! A Brexiteer outside Cabinet to replace Boris Johnson… is David Davis the answer?

Northern Ireland Minister Conor Burns visited Washington last week in a bid to convince staff in the White House that concerns over violence in Ulster remain as a consequence of the Protocol.

During his visit, the Eurosceptic Bournemouth West MP said: “We’re bringing forward primary legislation to try and resolve the challenges around the Protocol.

“Essentially, to make good on our promise to the people of Northern Ireland that they would be integral within the UK’s internal market, whilst at the same time protecting the EU’s legitimate ambition to protect their Single Market.”

Mr Burns added: “We’re very clear, however, that we still would like to resolve this in a negotiated way with the EU.

DON’T MISS:
Imperial legacy is a major asset for Brexit Britain – NEW report [INSIGHT]
Brexit Britain still has ‘OVER 2,000 EU rules’ to be revealed [REVEALED]
Have Your Say: Would you vote for an ‘anti-Brexit’ candidate? [REACTION]

“But until they can broaden and deepen the mandate of negotiations they have, we have an obligation to move forward with primary legislation to protect the institutions of the Belfast Good Friday Agreement, restore devolved Government to Northern Ireland and let the new Government in Northern Ireland have access to the some £430million available to them.”

Brexit-backing MPs in Westminster are also adamant that concerns about the Northern Ireland Protocol should not torpedo any transatlantic trade negotiations.

European Research Group chairman Mark Francois, who described a UK-US deal as the “great prize”, told Express.co.uk last month: “We absolutely have to address this in order to uphold and maintain the Good Friday Agreement and that’s an argument that I think we need to explain to our partners in the United States.”