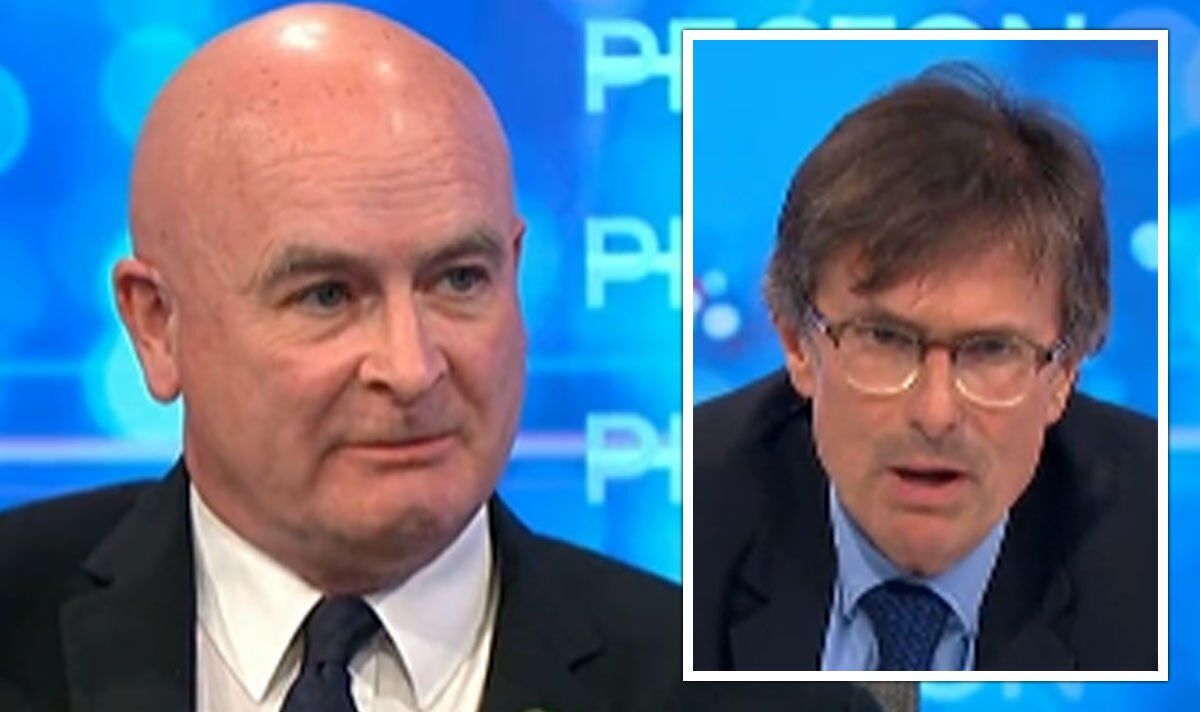 Members of the Rail, Maritime, and Transport (RMT) union were urged to vote for Brexit in 2016 with “six key reasons” on their website. But following failed talks to resolve a bitter row over pay, jobs, and conditions on the railways with the Government, ITV’s Robert Peston questioned whether it was a “mistake”. He asked: “The RMT recommended its members vote to leave the EU.

It comes as train services were disrupted across Britain as thousands of railway workers stage their second strike of the week.

Just one in five trains are running on Thursday and these are mostly restricted to main lines, with around half of the network closed.

Services started later than normal at 7.30am and will shut down early at 6.30pm.

The Government announced plans to change the law to enable businesses to supply skilled agency workers to plug staffing gaps during industrial action.