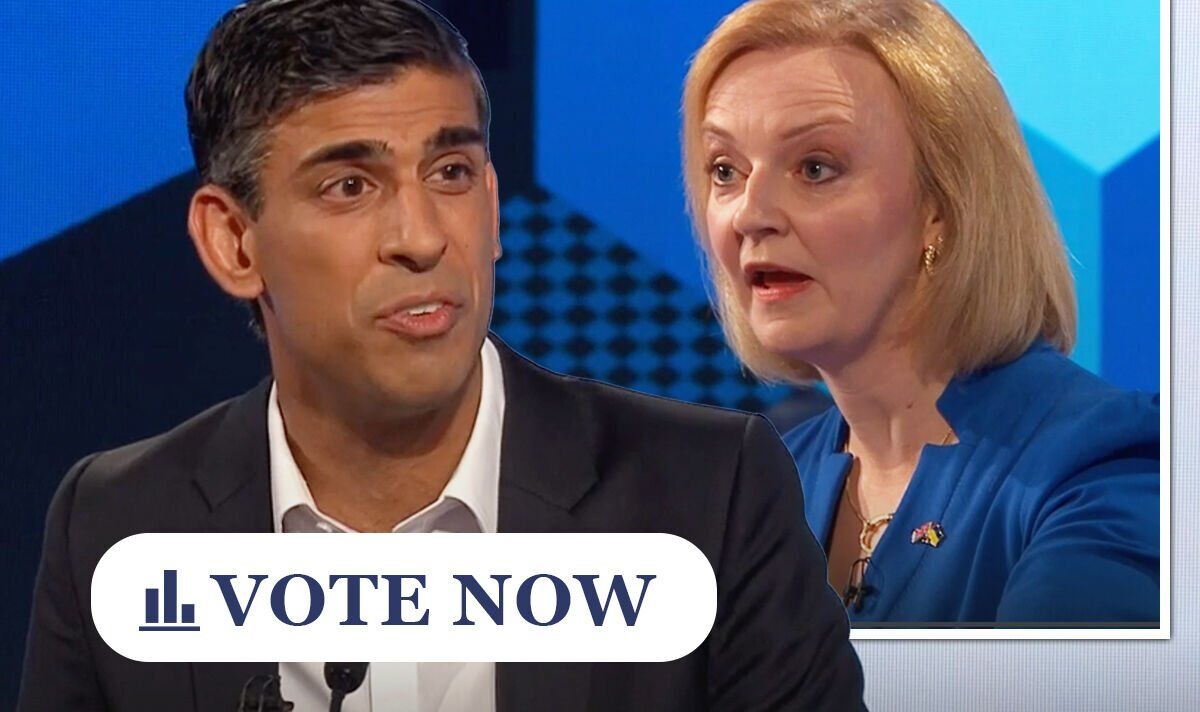 The two leadership candidates went head-to-head this evening during a debate in Stoke-on-Trent broadcast on BBC One. It’s the first time the two rivals have been pitched against one another, as their other rivals have been eliminated from the contest. The debate was broadcast ahead of next week’s vote to select the next Conservative party leader – and the UK’s Prime Minister.

The winner will be decided by the 160,000 Tory party members.

Mr Sunak and Ms Truss have faced criticism over the leadership race, with one senior Tory MP describing it as “puerile”.

Johnny Mercer, the UK’s first cabinet minister for veteran affairs, described the contest as “embarrassing” adding that it is “time to raise the standards”.

Ahead of the debate, Ms Truss was pulling ahead of Mr Sunak in the polls.

According to a recent YouGov Poll, the Foreign Secretary is leading the former Chancellor by 62 percent to 38 percent among Conservative party members.

The same set of polling, conducted on July 20 to 21 from a survey of 730 party members, saw four in 10 say that Mr Sunak cannot be trusted to tell the truth.

Just under half (48 percent) believe that he can.

Only 18 percent of members think Ms Truss cannot be trusted, while six in ten (63 percent) believe she can.

Worryingly for both candidates, it showed that just 24 percent of party members most wanted either Mr Sunak or Ms Truss to succeed Boris Johnson.