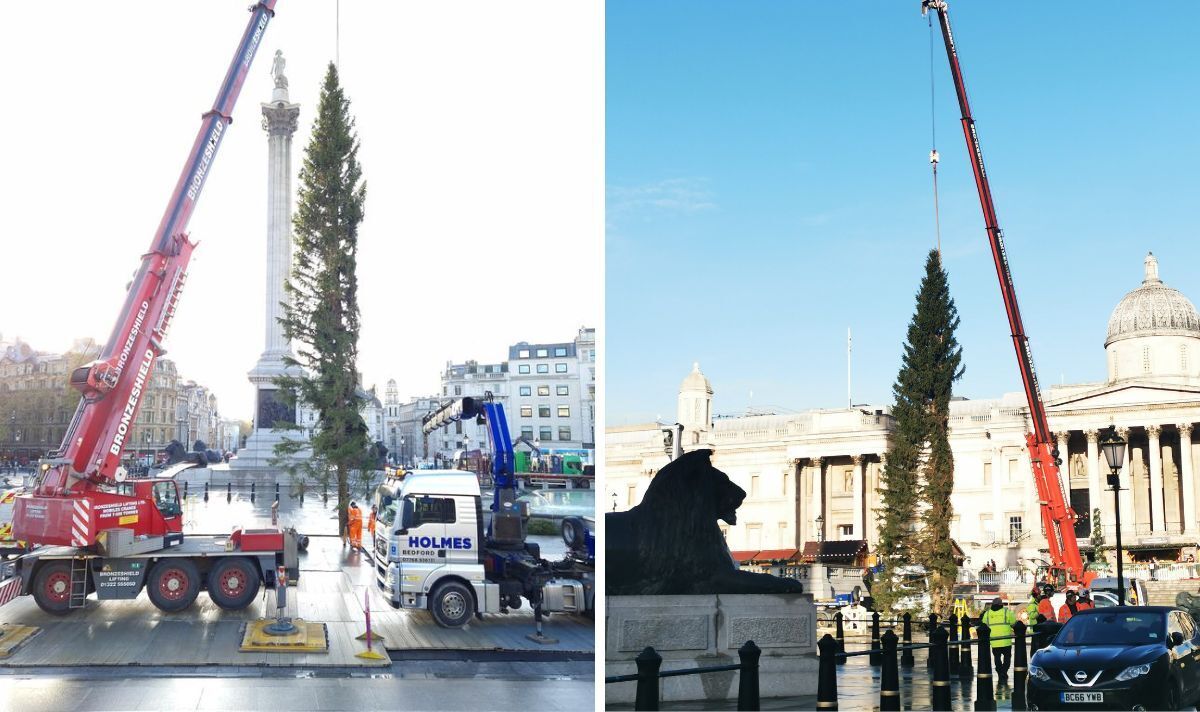 ‘Why does Norway hate us?’ Trafalgar Square Christmas tree blasted for 2nd year in a row

A Christmas tree delivered from Norway has been blasted on social media as people joke about the addition to Trafalgar Square. The tree was put up in London this morning as social media flooded within minutes about how underwhelming the tree looked. One person blasted the tree saying it was “pathetic looking” while another joked “why does Norway hate us so much?”

The tree is a gift each year from the Scandinavian country and 2021’s offering looked so scrawny and sparse that it became something of a laughing stock, reports MyLondon.

When this year’s tree was unveiled it arguably looked even worse.

But as the day has gone on, people have come round to the tree, that began looking more impressive as it was slowly unveiled.

The tree has been an annual gift from Norway since 1947 and, once lights are added, it will be in place until January 6.

The Lord Mayor described the tree as “amazing”.

On his Twitter, Cllr Hamza Taouzzale said: “Good morning Westminster! I’m here in Trafalgar Square to welcome this year’s amazing #TrafalgarTree. Thanks to our friends in Oslo for this wonderful gift and to all the many people who brought it here safely. Hopefully see you 5pm Thursday (Dec 1) for the lighting ceremony!”

But as the day has gone on, the tree reportedly looks “much better” than on its initial arrival.

One vistor from Cheshire said that “hopefully the tree will look better with decorations”. Another said”‘it looks a lot better than last year’s.”