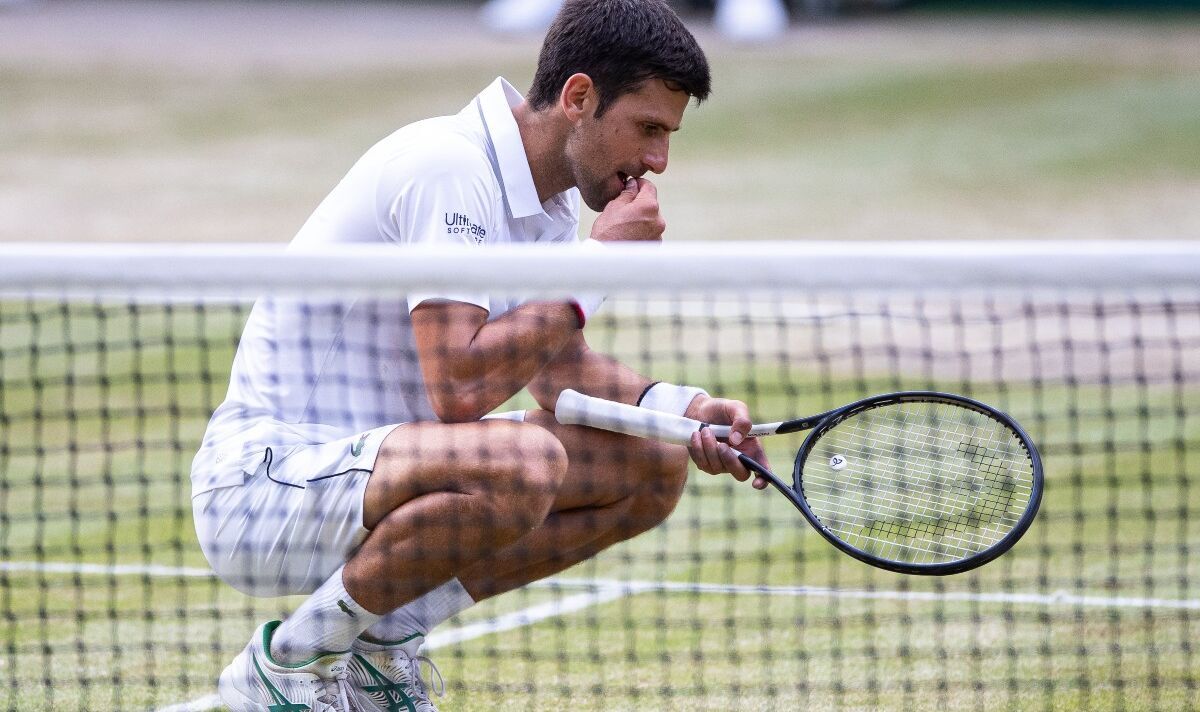 Novak Djokovic will once again be one of the hot favourites to win the men’s singles title at Wimbledon in the 2022 edition of the prestigious tournament. The Serb has endured a tumultuous year so far, which began with him extraordinarily being deported from Melbourne due to his Covid vaccine status as he was not allowed to participate in the Australian Open.

He did take part in the French Open, but was beaten by long-time rival Rafael Nadal in the quarter-finals, who eventually went on to win at Roland Garros and extend his overall Grand Slam record to 22 titles – two more than Djokovic.

Djokovic will hope to cut that deficit to one by winning at Wimbledon this summer. And if he does, we will likely see a repeat of a bizarre tradition which the 35-year-old has engaged in ever since tasting glory for the first time at the All England Tennis Club back in 2011.

Back then, when Djokovic beat Nadal in the final, he bent down to the Wimbledon turf, plucked some grass out of the turf and proceeded to eat it – much to the bemusement of many.

Speaking afterwards, Djokovic explained: “I didn’t know what to do from the emotions that I had at that moment. It was an incredible feeling so the tasting of the grass came spontaneously. It tasted really good!”

Going into further detail as recently as 2018, he added: “It’s a little tradition obviously. As a kid I was dreaming of winning Wimbledon, so, like every child, you dream of doing something crazy when you actually achieve it — if you achieve it — and that was one of the things.”

Whether or not Djokovic gets to enjoy his unusual snack remains to be seen, as he is yet to hit his best form since the drama in Australia. The likes of Nadal, Matteo Berrettini and Carlos Alcaraz are also heavily fancied, and could prove stiff opposition.

Speaking about his hopes of glory at Wimbledon after the French Open disappointment, Djokovic’s coach Goran Ivanisevic insisted he would soon be back to his best despite the mixed form so far this year.

“Of course he can [recover quickly], and he does not have much of a choice, if we are being honest,” he told Tennis Majors. “He is the biggest favourite at Wimbledon, just like Rafa was here.

“Novak now needs to rest well and prepare for Wimbledon physically and mentally. I am sure that he can do it and I think he will win Wimbledon, I have a good feeling about that. He needs to focus on grass now.”