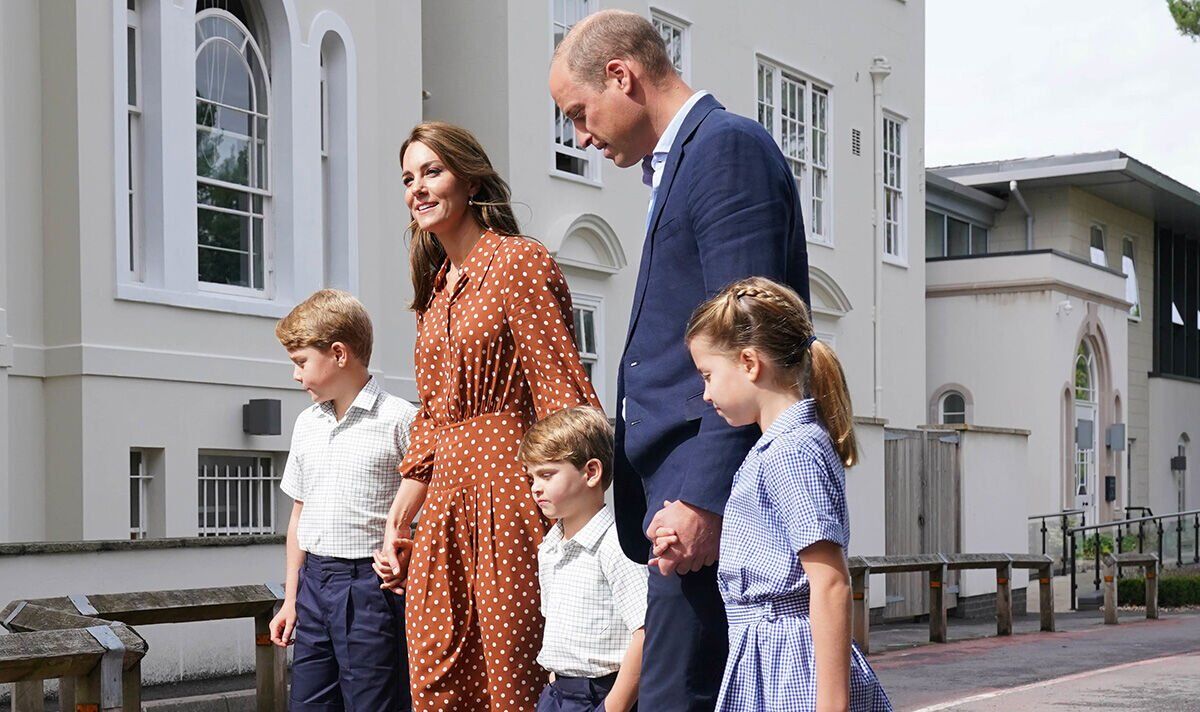 In his bombshell, Spare, which is titled after phrase the heir and the spare, Prince Harry refers to his life as the Spare to his elder brother Prince William. Harry has recently spoke out over his worry that, at least one of his brother’s three children, participating referring to Princess Charlotte and Prince Louis, “will end up” like him, as the “spare”.

After the release of Spare, Harry told The Telegraph: “Though William and I have talked about it once or twice, and he has made it very clear to me that his kids are not my responsibility, I still feel a responsibility knowing that out of those three children, at least one will end up like me, the spare.”

An expert has claimed that, following the Duke of Sussex’s comments, Kate and William have it “all worked out” when it comes to navigating their youngest son and daughter’s positions with the Royal Family.

Speaking on the podcast, Dynasty, royal expert Katie Nicholl said: “George, Charlotte and Louis are enjoying a childhood Harry and William didn’t get to enjoy.

“I think that is why William and Kate are channeling everything they can into raising their children with an understanding of who they are as royals but as ordinary children too.”

Ms Nicholl went on to explain: “No one wants the next generation to suffer as Harry has suffered… it’s not a pretty picture.”

Explaining that the three Waleses’ children are enjoying a childhood unlike the two brothers, Ms Nicholl added: “I think when you look to the Cambridges and how they are raising their children, away from the spotlight, in pretty ordinary schools, in a regular cottage on the grounds of Windsor, having bucket and spade holidays and teaching them to sail on the broads in Norfolk….”

“It does open up the question of the next spare, of Princess Charlotte.

“I’m sure William and Kate have got that all worked out.”

In his bombshell memoir, which was released on January 10, the 38-year-old also referred to his strained relationship with his brother, and father of his niece and nephews.

Harry recalled how William physically attacked him in 2019, during a disagreement about Meghan Markle.