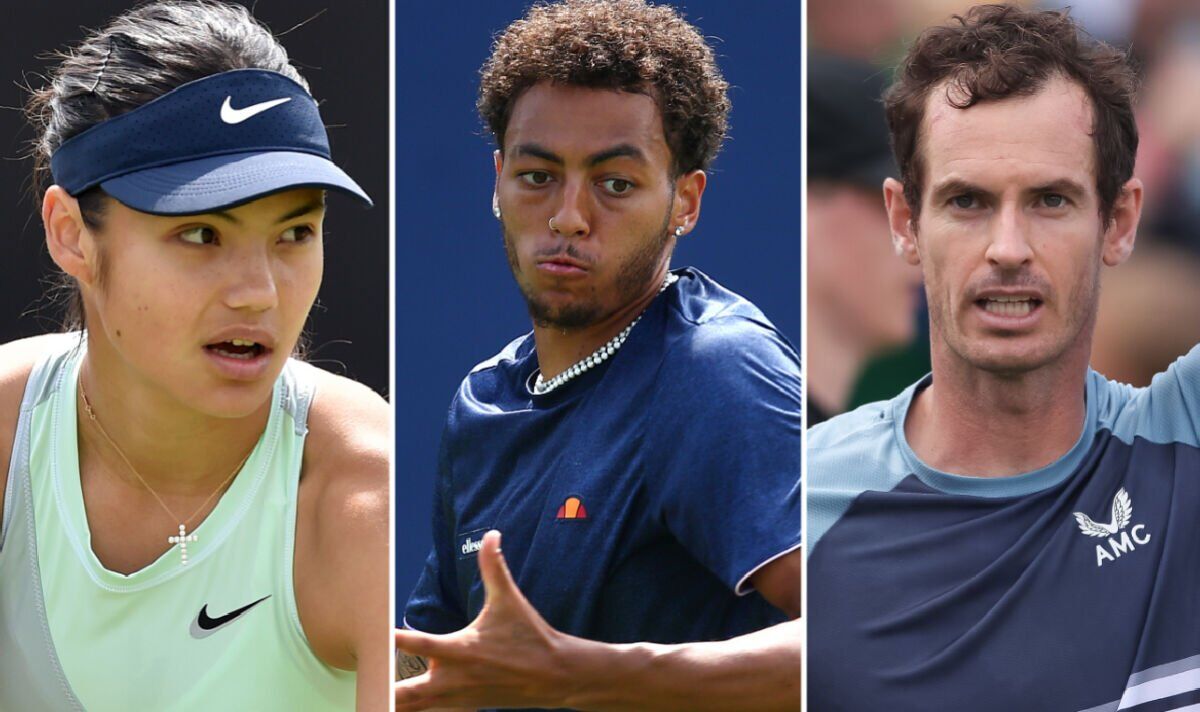 Wimbledon draw: Every Brit’s first round opponent as Murray and Raducanu two of 17 playing

Emma Raducanu will begin her second Wimbledon campaign against Belgian world No 46 Alison Van Uytvanck – while two-time champion Andy Murray will face Aussie world No 65 James Duckworth on Monday – with No 20 John Isner waiting in the first round. There were 17 Brits in the Wimbledon draw conducted on Monday morning but remarkably, none of them will face a seeded player in round one. The number of home hopes playing at SW19 is the most since 2001 when there were also nine men and eight women.

The most iconic of them is Murray, the three-time Grand Slam champion who is ranked world No 51 and so unseeded in his home Grand Slam. He faces Duckworth, 30, who reached the third round here for the first time last year in his fifth appearance in the main draw.

But American Isner is a grass-court specialist who won the longest match in Wimbledon history on Court 18 in 2010 against Nicolas Mahut. Murray is on the same side of the draw as Novak Djokovic who starts his defence against Korean Kwon Soon-woo in the first match on Centre Court on Monday.

Paul Jubb, who was a star in 2019, will face Aussie Nick Kyrgios in his opening match while British No 1 Cam Norrie, who is seeking to reach the fourth round of a Grand Slam for the first time, will play Spaniard Pablo Andujar. Wildcard Ryan Peniston will face Henri Laaksonen of Switzerland, Jack Draper is up Belgian wildcard Zizou Bergs while Liam Broady faces Slovakian qualifier Lukas Klein. Twickenham’s Alastair Gray will face Tawain’s Tseng Chun-hsin.

In the women’s draw, Raducanu takes on Van Uytvanck in a tough opening match. The US Open champion reached the fourth round last year in her first Grand Slam event before triumphing in New York. The British No 1 is in the lower half of the draw – on the opposite side of world No 1 Iga Swiatek and 2019 winner Simona Halep.

The All England Club has yet to confirm who will open the women’s event on Tuesday in the absence of Ash Barty, who retired after winning the title last year. But if Swiatek or Halep were to have the honour, Raducanu would play on Monday.  Swiatek will bid to continue her 35-match winning streak against Croatian qualifier Jana Fett – with British wildcard Sonay Kartal her potential second-round opponent. She opens against Montenegrin Danka Kovinic.

Harriet Dart will face Spanish-Swiss player Rebekah Masarova, Katie Swan plays Ukrainian Marta Kostyuk, Heather Watson is up against German Tamara Korpatsch and wildcard Jody Burridge will face Ukrainian Lesia Tsurenko. There are no Russian or Belarusian players in the competition after they were banned after the invasion of Ukraine. The ATP and WTA reacted by removing all ranking points from the tournament.