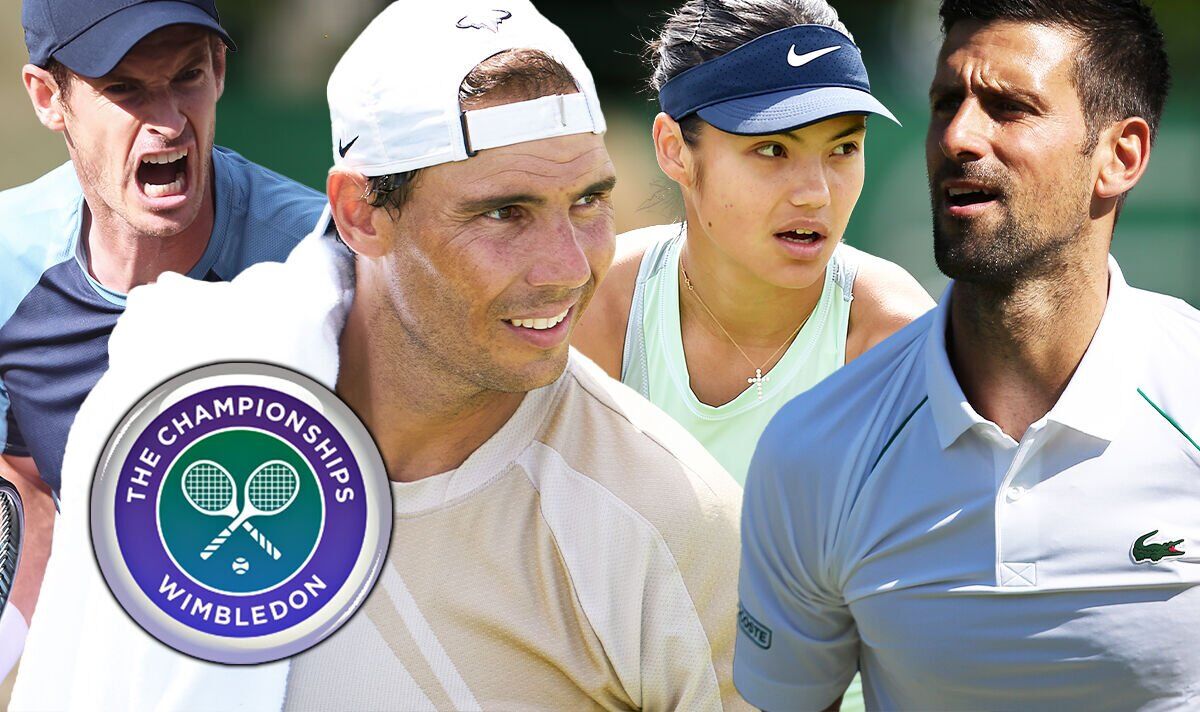 The tournament have banned Russian and Belarusian players due to Russia’s invasion of Ukraine and so the likes of Daniil Medvedev, Andrey Rublev, Aryna Sabalenka and Victoria Azarenka are all absent. While Roger Federer, Dominic Thiem, Alexander Zverev, Naomi Osaka, Leylah Fernandez and Venus Williams are absentees due to injury. But there are still a whole host of star names in the men’s and women’s draws today, and we could be treated to some thrilling early-round ties.

Murray, Nick Kyrgios, Stan Wawrinka and Serena are among those who aren’t seeded. That could throw up some all-star match-ups in the first week at SW19. Djokovic, the winner of the last three Wimbledons, and Nadal the Australian Open and French Open winner this year are the stand-out favourites to win the men’s title, though Carlos Alcaraz could be a threat.

In the women’s draw Iga Swiatek, the world No 1 and French Open champion, is the woman to beat. She’s only ever got to the fourth round of Wimbledon but the Pole, still just 21, is on a blistering run of form of over 35 matches unbeaten. Reigning champion Ashleigh Barty retired earlier this year while Serena Williams still searches for a record-equalling 24th Grand Slam triumph but has not played a singles match since last year’s Major.

It is also meanwhile hoped two-time champion Murray, British No 1 Cameron Norrie and Dan Evans can enjoy some extended runs, while US Open winner Emma Raducanu will hope to delight Centre Court again as she did last year, though injury may dictate her chances of the teenager winning another Slam so early in her career.