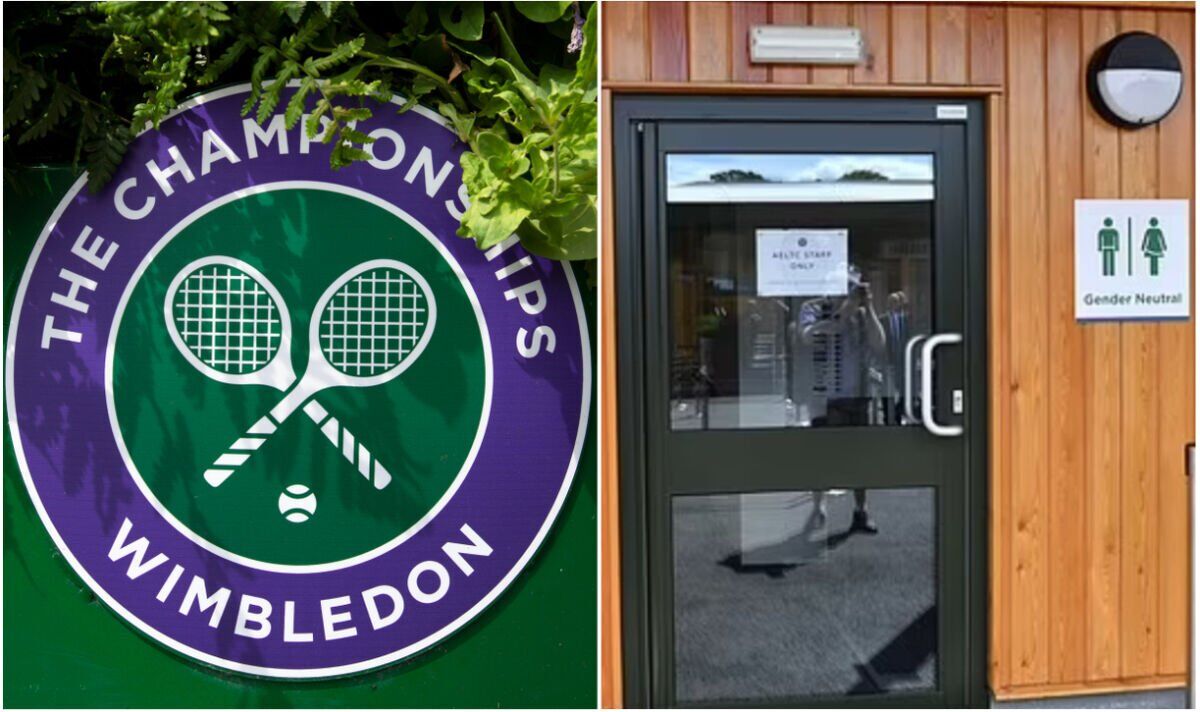 A debate has erupted among tennis fans over the emergence of gender-neutral toilets at Wimbledon. The facilities were built during the pandemic before being spotted in the lead-up to this year’s Grand Slam tournament, which gets underway on Monday.

Fans are already pouring in at SW19 as this year’s grass-court Grand Slam gets underway with Andy Murray and Emma Raducanu among those in action on Monday. Some fans have criticised the gender-neutral toilets, however, which a spokesperson for the All England Club claim were part of a logistics hub built in 2020.

There has been fierce debate of late over the issue of trans women in female spaces, although single-sex toilets are still available throughout the grounds at Wimbledon this year.

According to The Daily Mail, one fan said: “Wimbledon is about tradition, it doesn’t have to follow every fad.” While plenty of others have offered similar and competing viewpoints on social media.

@AllieRenison is among them, venting on Twitter: “Imagine being triggered by a few random gender-neutral toilets at Wimbledon. Bore off, inverted snowflakeism.”

But plenty expressed concern, including @ByrneBarry, who complained: “Gender neutral toilets to have a Wimbledon debut. Game, set and match to the woke.” @9ee added: “When will councils and companies etc realise that the vast majority don’t want gender neutral toilets?”

A YouGov poll ran in January of this year revealed that the majority of Brits would prefer having single-sex toilets. Government guidance issued around the same time stated: “There needs to be proper provision of gender-specific toilets for both men and women, with a clear steer in building standards guidance.”

Despite the controversy, play commencing will likely see emphasis switch back towards the on-court action with plenty of hope held out for the British contingent. Murray and Raducanu will both feature on Centre Court on Monday, with the former facing Australian Jack Duckworth and the latter due to battle Belgian Alison Van Uytvanck.

“I think last year I was so new to it, so I wasn’t even thinking of anything,” said Raducanu, who reached the round of 16 in 2021. “This year I’m taking it all as a positive thing. Everyone wants me to do well and is behind me and are going to be cheering. So there’s nothing negative or to feel overwhelmed about because they’re just going to be rooting for me.

“It’s funny because [with] the exams I was studying nine or 10 hours a day, I had my head in a book. And coming out is just such a relief to be moving full stop. The last month I haven’t had necessarily the best preparation, I didn’t play tennis for two and a half weeks, I was taking it day by day.”