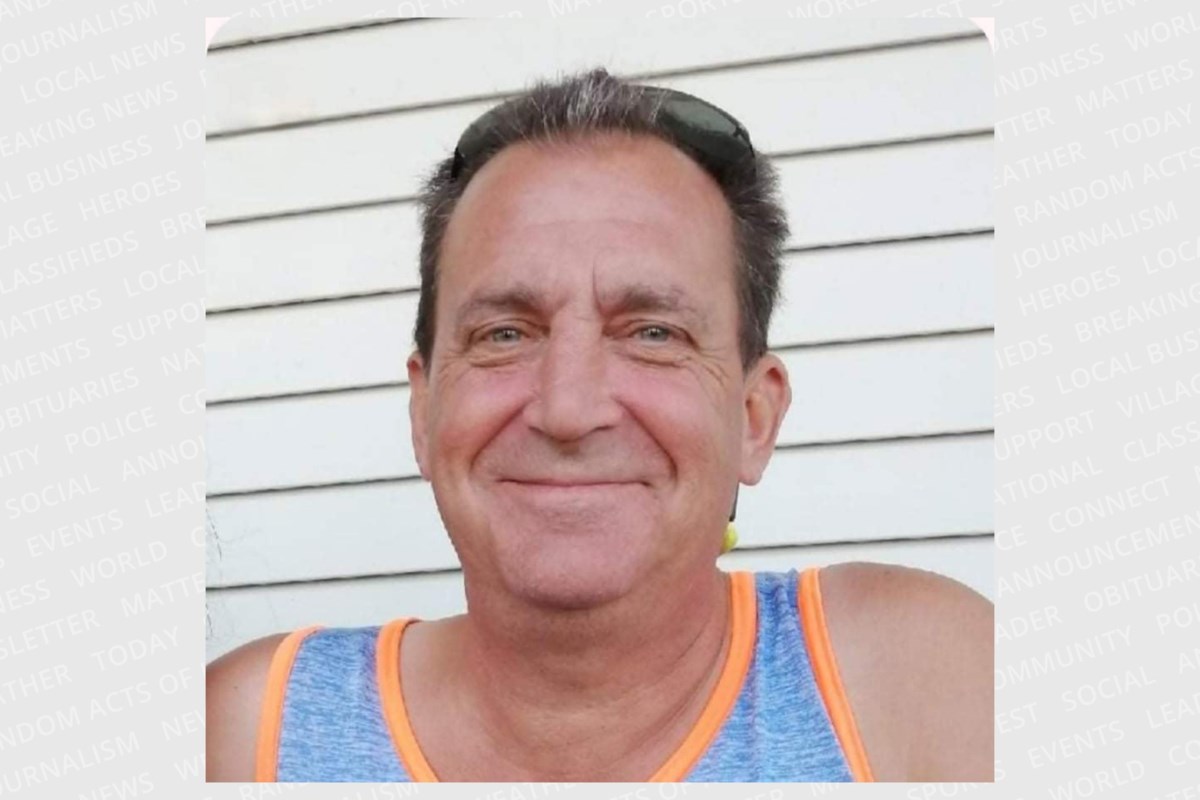 Karen Ryan, a local woman who lost her boyfriend Ray Visconti several months ago, is raising money to assemble toiletry and care kits for the Ken Brown Recovery Home.

Ryan and Visconti met at Korah Collegiate in the 80s, and the two reconnected online decades later in 2018 before they started dating.

Visconti worked at Algoma Steel for 32 years and struggled with alcohol addiction for most of that time. Ryan says his battle with alcoholism was correlated to a challenging upbringing.

At three years old, Visconti lost his father to suicide. At eight, his older brother was killed in a car accident.

Ryan explains her boyfriend wasn’t able to work through those devastating events growing up, and attributes those traumas to his alcohol consumption.

“He pushed away so many people because he had shame in his addiction, and so many men do,” she says. “When he went back a second time to Ken Brown – that shame disappeared. I told him there’s so much to be proud of for seeking help.”

Ken Brown Recovery Home, located on Herrick Street, is a residential addiction treatment facility which provides a supportive home for men who are committed to and seeking recovery from substance use.

Visconti took part in Ken Brown’s three-month minimum program, and he even stayed an additional month because he felt he needed it.

“They really give them the tools to live a sober life,” Ryan says. “They have in-house counselling, and they encourage them to go to meetings outside of the home as well. They can come and go as they please.”

Everyone who works in the facility is a recovering addict, whether it be from alcohol or drugs.

After some time spent in recovery, Visconti eventually began working for Ken Brown, and Ryan says he was incredibly proud they thought he was doing well enough to bring him into the home for work.

“They have somebody on staff at all times, and he was working different shifts,” she says. “Sometimes he’d even cook when the cook was on holidays.”

That sense of accomplishment was pivotal for Visconti’s progress, and Ryan noticed a significant boost in his attitude as he worked through the program.

“He got pride back in himself – he saw his worth,” she says. “He wasn’t afraid to commit to a future because he knew he had no urges to drink. He was just such a loving man.”

In early 2022, Visconti worked an overnight shift at the facility, and was relieved from his duties in the morning on Jan. 10.

That same day, Visconti was found in his home unresponsive, and he had passed away unexpectedly at the age of 52.

He would have been eight months sober a day later.

“It was so sudden, there was no warning,” Ryan says. “I didn’t get to say goodbye.”

Ryan says they had big plans of getting married, and he was going to move into her home after she had been living in his house for some time.

“In our short time together, I’ve learned so much from him,” she says. “He was such a great man, and a lot of people didn’t know that. They just saw him as an alcoholic.”

Ryan explains the tragedy was made even more heartbreaking because of the work Visconti put in to better himself. But she’s happy he passed away as a sober man.

“He struggled so long, and Ken Brown saved his life,” she says. “He died a sober man because of them. I was so proud of him.”

To help cope with his loss, and honour the work Ken Brown did for Visconti, Ryan came up with the idea to make toiletry and care kits for the facility to help ease the transition for clients entering and leaving the home.

“So many men are walking in feeling alone, and I really want them to know they’re not alone and that they can do this,” she says. “There is no shame in having an addiction – especially when you seek help. As a community, we have to change our views.”

Ryan started the initiative last week and will be running it until Sunday.

She says there are already two carts overflowing with purchased bags, with hundreds in donations from her Facebook page already.

“He’d be so proud,” she says. “It’s helping me so much doing something in his memory.”

If interested in donating, Ryan is accepting e-transfers at karenpatry1969@gmail.com

“There is no shame in seeking help, because you can’t do it alone successfully,” she says. “Friends and family need to be there for support – not turn their back on them.”