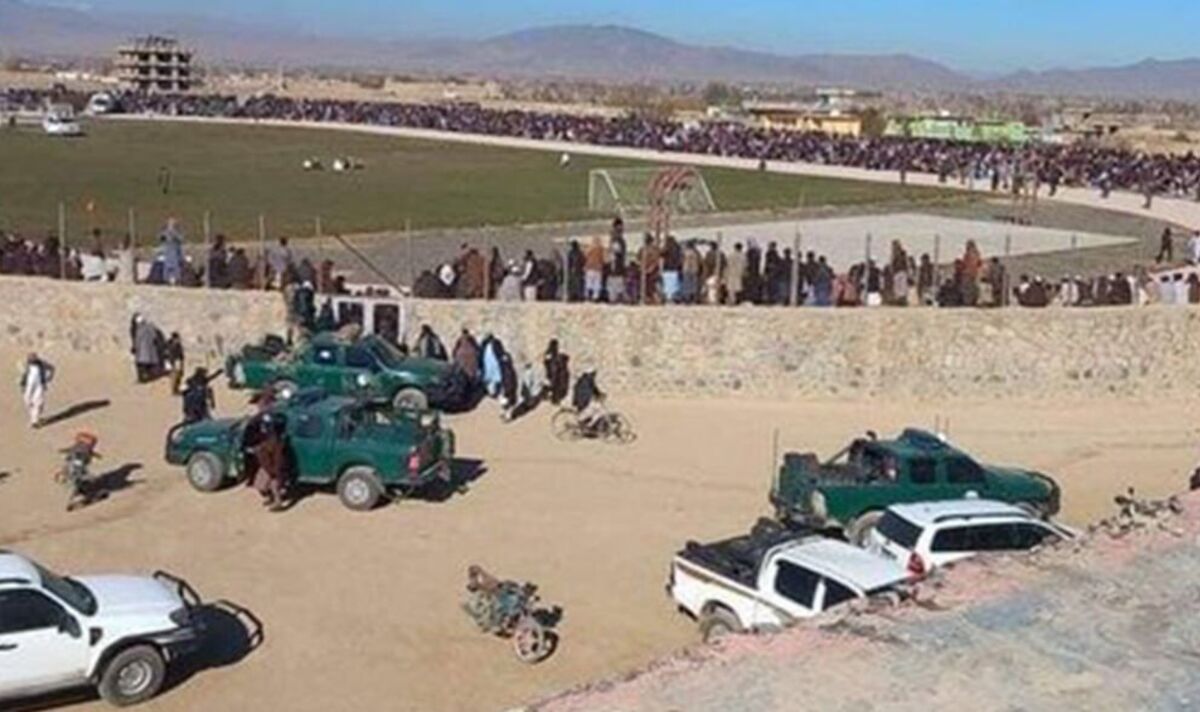 Large crowds gathered in Afghanistan to watch the first public flogging gathered at a football stadium in the country since the Taliban were ousted more than two decades ago. Three women and nine men were beaten in front of hundreds of spectators at the orders of the religious extremist organisation, which returned to power in August.

The office of the governor of Logar province, south of the capital of Kabul, had invited “honourable scholars, mujahideen, elders, tribal leaders and local people” to the stadium in the town of Pul Alam in Logar. The invitations for the 9am event were extended via social media.

Those punished received between 21 and 39 lashes each, after being convicted in a local court of offences ranging from theft and adultery, an official in the governor’s office explained, speaking on condition of anonymity because he was not permitted to share details with the media.

The official said hundreds of people attended the lashings, with a ban imposed on taking photos and video.

The resumption of the brutal practice underlines the Taliban’s intention of sticking to their strict interpretation of Islamic law, or Sharia.

In a statement issued afterwards, Enayatullah Shuja, the deputy governor of Logar, said: “Sharia law is the only solution for problems in Afghanistan and must be implemented.”

Public lashings, together with public executions and stonings for purported crimes, were common during the first period of Taliban rule, from 1996 until 2001, at which point the militants were driven out after the US-led invasion of Afghanistan which followed the September 11 attacks.

After a 20-year insurgency, the Taliban finally returned to power in August 2021, coinciding with the chaotic withdrawal of US and other foreign troops from the country.

In the immediate aftermath of their second takeover of the country, the Taliban pledged to be more moderate and allow for women’s and minority rights.

“In September, the Taliban authorities imposed wide-ranging restrictions on media and free speech that included prohibitions on ‘insulting national figures’ and reports that could have a ‘negative impact on the public’s attitude.’

“On September 7, Taliban security forces detained two journalists from the Etilaat-e Roz media outlet and severely beat them in custody before releasing them. The reporters had been covering protests by women in Kabul. The Taliban detained at least 32 journalists after taking power in Kabul.

“In Herat, Taliban fighters lashed protesters and fired weapons indiscriminately to disperse the crowd, killing two men and wounding at least eight more. The Taliban subsequently banned protests that did not have prior approval from the Justice Ministry in Kabul.”