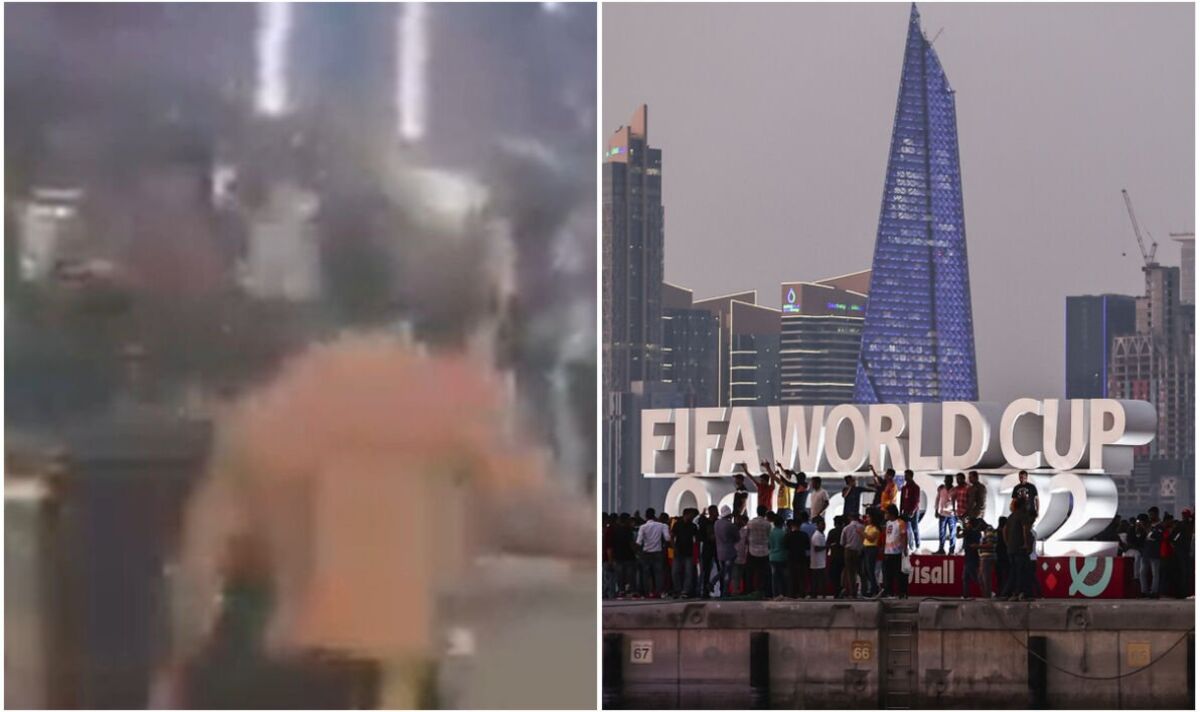 Violence reportedly broke out in the streets of Qatar on Wednesday night with Argentina and Mexico supporters coming head to head days before their World Cup encounter. Video footage has circulated of the skirmish which will come as a blow to local authorities, who had hoped to keep fan trouble to a minimum during the tournament.

Group C isn’t shaping up as expected as a shock result and a stalemate has left Argentina and Mexico scrambling for points. The Albiceleste kicked things off with an unthinkable 2-1 defeat to Saudi Arabia, which goes down as one of the most surprising results in World Cup history.

Argentina came into the tournament as one of the favourites with Saudi Arabia among the rank outsiders, and the underdogs came from behind to notch a spirited victory after Lionel Messi’s opener from the spot.

Mexico, meanwhile, were held by Robert Lewandowski’s Poland in a 0-0 draw. Just one point between the two Latin American nations has seemingly sent tensions soaring as they clashed in Qatar ahead of the teams’ crunch meeting on Saturday.

Qatari organisers had hoped to keep violent encounters to a minimum by severely restricting the sale of alcohol in and around World Cup stadiums. Supporters are only able to purchase alcohol in designated fan parks at high prices and limited units, leaving tournament sponsors Budweiser in a potential multi-million dollar spat with FIFA.

With 35-year-old Messi in the midst of what could be his final bid at lifting the World Cup, Argentina boss Lionel Scaloni issued a rallying cry to his 26-man squad after the defeat to Saudi Arabia, in the knowledge that nothing less than two wins will do from their final two matches against Mexico and Poland.

“It’s difficult to digest,” he admitted after the final whistle. “In four, five minutes, they scored two goals, two out of two shots on goal. But we will have to bounce back from this defeat and prepare for the next two matches. We do not have to analyse more than that.

“It’s a sad day, but as we always say: head held high. We have to bounce back. There is nothing we can do. If we had won, we would also be waking up tomorrow thinking about the game against Mexico and thinking about different aspects we can improve. This doesn’t change our analysis. [The players] are thinking about how we can turn things around. It’s all about winning the next games, and that’s what we are trying to do.”