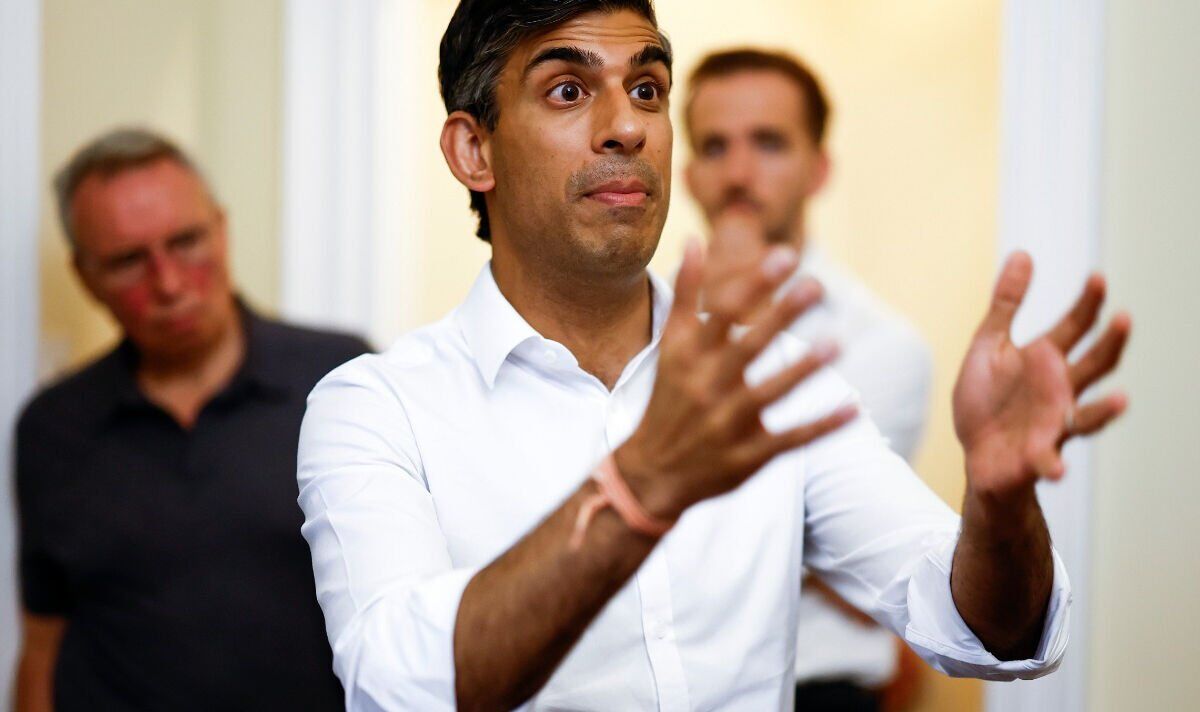 The ex-Chancellor warned it was “wrong” of his Tory leadership challenger Liz Truss to rule out providing further direct support in the winter. Experts estimate Brits could face an energy price cap hike to £4,400 in January, up from around £1,277 at the beginning of 2022.

According to the Times, energy consultancy Auxilione predicted the price cap could reach £3,687 in October in its provisional forecast.

Mr Sunak and Ms Truss have locked horns over how best to alleviate the pressure of the cost of living crisis, with the Richmond MP vowing to bring inflation under control and the Foreign Secretary standing on a low-tax platform.

Ms Truss said: “The way I would do things is in a Conservative way of lowering the tax burden, not giving out handouts.”

However, the Brexit-backing former Chancellor reiterated “inflation is a major danger” to the UK’s economy.

JUST IN: Super-loyal Dorries: Furious Boris supporters MUST back Truss for PM

He said: “It’s simply wrong to rule out further direct support at this time as Liz Truss has done and what’s more her tax proposals are not going to help very significantly, people like pensioners or those on low incomes who are exactly the kind of families that are going to need help.”

However, he also said he would “go further” than the support package of up to £1,200 he announced while still in the Treasury.

Speaking about what possible support might be needed, Mr Sunak added: “I will look at doing more and particularly for families like pensioners for example where I said that this winter they can get an extra payment worth up to £300.

“There are things like that we will have to look at depending on the situation, because tax proposals that we’re hearing from Liz Truss aren’t going to help people like that.

Mr Sunak and Ms Truss will address Tory Party members in Darlington on August 9 in the fifth hustings event of the 2022 Conservative leadership contest.

The race to replace Boris Johnson is set to conclude on September 5 after around 160,000 Tory members decide who will have the keys to Number 10.