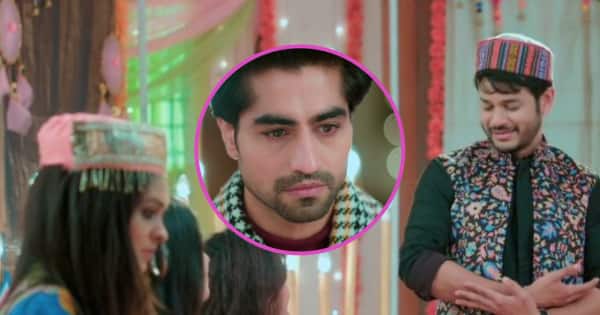 Harshad Chopda, Pranali Rathod and Jay Soni starrer TV show Yeh Rishta Kya Kehlata Hai has come to an interesting segment now. Well, Akshara and Abhimanyu have come face to face with each other after 6 long years. They have seemingly moved on but AbhiRa fans know that they are hiding their true feelings and nothing more. Jay Soni entered Yeh Rishta Kya Kehlata Hai as Abhinav a couple of weeks ago. He quickly rose to the popularity charts. However, it seems now fans want to see AbhiRa back together. They have expressed it on Twitter. Also Read – Yeh Rishta Kya Kehlata Hai: Karishma Sawant aka Aarohi gets into a long social media spat with a troll; this is what we know

Well, every since day post leap in Yeh Rishta Kya Kehlata Hai, AbhiRa or the characters Abhimanyu and Akshara have been trending in Entertainment News. Harshad Chopda has been winning hearts not just with his looks but also with his acting chops. And now, in the upcoming episode, he yet again casts a spell with his impeccable performance. In the upcoming Yeh Rishta Kya Kehlata Hai episode, we will see Abhinav (Jay Soni) narrating his love story with Akshara in front of everyone. Even Abhimanyu is present in the audience. Abhinav narrates a fake love story which leaves Abhimanyu heartbroken. Also Read – Ghum Hai Kisikey Pyaar Meiin – Sai, Parineetii and other female leads of TOP TV shows whose fans demanded new male leads [View List]

The love story that Abhinav narrated about him and Akshara was eerily similar to that of Abhimanyu and Akshara. We will see Abhimanyu getting flashes from his past which adds to his anguish and pain. Despite 6 years of separation, Abhimanyu has clearly not moved on from Akshara and he cries out. Fans have not liked Abhinav’s love story narration and have called out the makers for mocking AbhiRa love story. Check out the tweets here: Also Read – Ghum Hai Kisikey Pyaar Meiin character Sai Joshi to Anupamaa: Times when TOP TV shows’ docile bahus turned shernis before flawed husbands

It was below d belt honestly…team should not go ds far…
N specially that story was similar to #AbhiRa
Now it feels like team is mocking their love…
N too much footage to dat acha admi
They made Abhi villain overnight just for leap
N now showing him as 3rd angle..??

That whole narration was awkward n embarrassing. I just wanted to run away n hide somewhere.

Abhir is Abhi’s son not urs??

Nav, I really didn’t have any problem with you but now I have… You stole my AbhiRa’s love story?

This cringe love story wasn’t necessary at all makers we all know somehow kaand mata will convince abhi to marry ? ?‍♀️
Stop playing with #AbhiRa fans and don’t dare to actually make them married
Already things are so messed up ?@KalraRomesh @StarPlus #yrkkh

Two of my most fav posts from post leap till date tht summarises WHAT went wrong WHY it went wrong HOW it went wrong and WHO are responsible for it to go wrong #yrkkh #AbhiRa #HarshadChopda #PranaliRathod thank you for this @arzu_iu @itisehatitiss ?? pic.twitter.com/5JEUcFfh30

During that whole narration i so wanted to slap acha admi like itni fake story aur CRINGE i was muting it jst to see reactions of aknab!Ak’s reaction was so me,disgusted !Ab reaction jst broke me! Shukar he heard the convo w muskaan in the end n got sm peace! #yrkkh #AbhiRa

In the next episode of Yeh Rishta Kya Kehlata Hai, we will see Abhinav turning up bruised and beaten. While the doctors are on a strike, Akshara seeks out Abhimabyu’s help. The latter is on his way out of Akshara’s life and city. Will he return to help Abhinav?