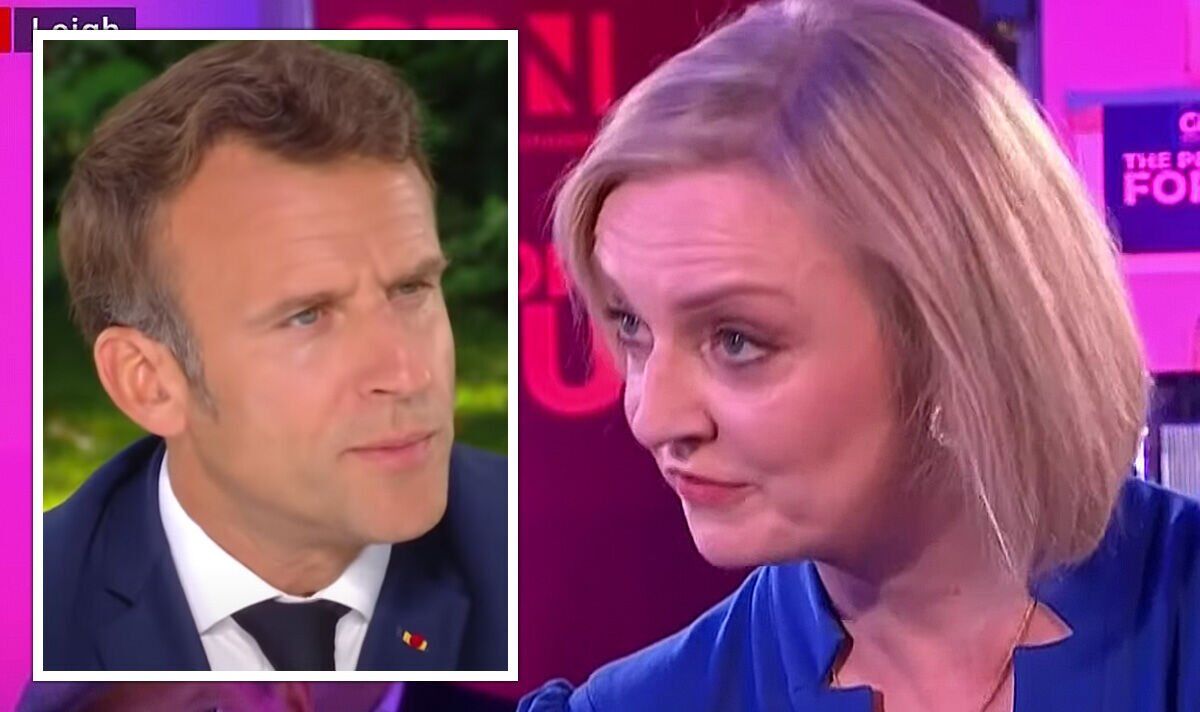 Liz Truss was challenged over the French failing to cooperate comprehensively with the UK Government to put an end to illegal Channel Crossings. Prospective voter Philip questioned the Prime Ministerial candidate about her plans for dealing with Paris were she to be elected into Number 10. Ms Truss had the crowd in stitches as she took a dig at Emmanuel Macron, citing her experience negotiating with France during the Brexit negotiations as proof of her commitment to delivering for the country.

GB News audience member Philip said: “We’ve got the French who are being completely uncooperative with this.”

Ms Truss sparked laughter among the audience when she quipped: “You don’t say!”

Smiling, Philip continued: “What I think should happen, and it’s well within the Brexit Bill when it came out, is to revoke French fishing licenses.

“If you do that, that focusses their attention on helping us, on their side, of the Channel to stop people coming over in the first people.

JUST IN: Martin Lewis urges pensioners to act within DAYS to secure £650 plus £3,300 help

“And also, we shouldn’t be sending planes full of people to Rwanda. It should be ships, those ships should be stationed in the English Channel, if they’ve got no credentials, no ID, they go straight on the boat to Rwanda.”

Ms Truss replied: “Just on the subject of the French, I did have a very tough conversation with the French Foreign Minister because the French are not putting enough staff on the borders at Dover to deal with the long backlogs.

“And I will be very clear and robust in my negotiations with the French.

The vast majority were brought to shore in Dover, however many, including those brought to shore on August 1, were taken to the Port of Ramsgate due to concerns about congestion around the Dover port caused by freight and holidaymaker traffic.

The busiest week for crossings so far in 2022 was the week to April 19 when 2,076 people made the dangerous journey across the Channel.

However it is likely crossings will continue into next week, with the Met Office confirming warm weather and calm winds are set to continue in the southeast of England.

Figures show that 12,840 people have made the crossing since Priti Patel announced the Rwanda deal on April 14.