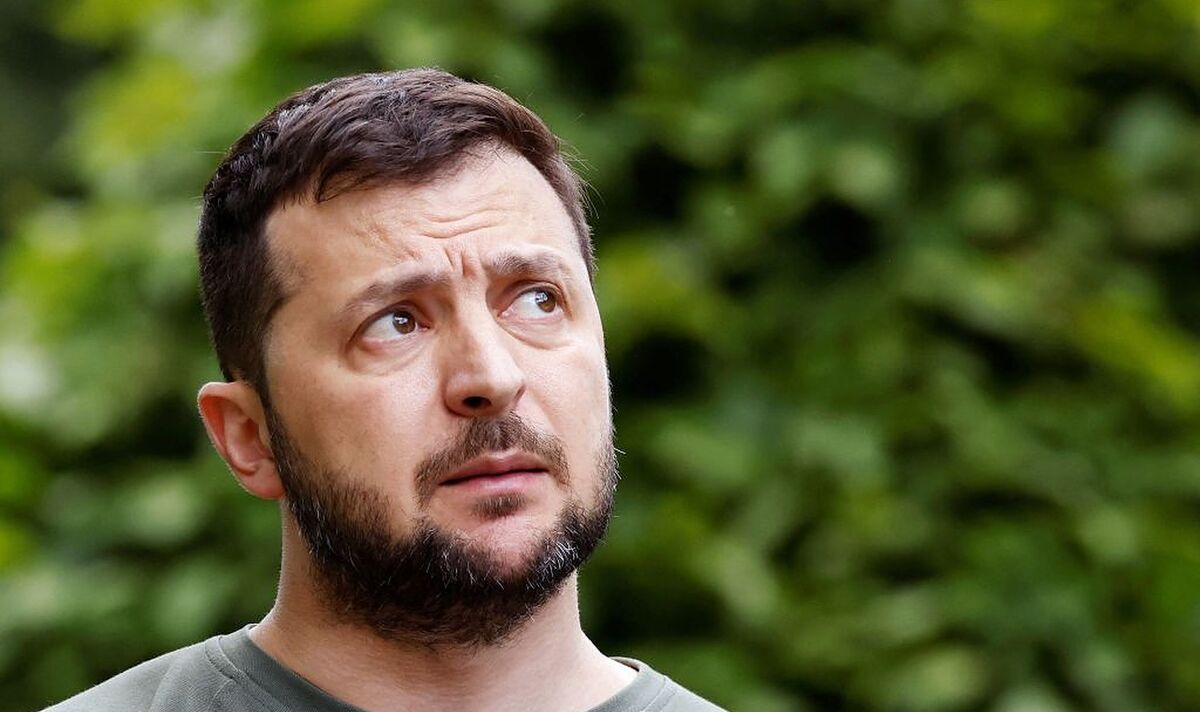 The Ukrainian President acknowledged that the situation was “difficult” but insisted that “we have our strong guys and girls there”. Mr Zelensky had predicted that Russia would intensify its attacks ahead of the EU summit later this week where the bloc is expected to nominate Ukraine as a candidate member.

Despite battlefield setbacks Mr Zelensky struck a positive tone in his daily evening address to the Ukrainian nation.

He said: “We are defending Lysychansk, Sievierodonetsk, this whole area, the most difficult one.

“We have the most difficult fighting there.

“But we have our strong guys and girls there.”

Luhansk governor Serhiy Gaidai said that Russian troops controlled most of the city of Sievierodonetsk.

One of the main exceptions is the Azot chemical plant where hundreds of civilians have been sheltering for weeks in scenes reminiscent of the siege of Mariupol.

Mr Gaidai also explained that the road linking Sievierodonetsk along with its sister city Lysychansk to the city of Bakhmut was under non-stop shell fire.

He said: “The road connecting Sievierodonetsk and its sister city Lysychansk to the city of Bakhmut was under constant shell fire.

It comes as pro-Russian separatists claimed to have captured Toshkivka, a town on the mostly Ukrainian-held western bank of the Siverskyi Donets river, south of Sievierodonetsk.

Rodion Miroshnik, ambassador of the pro-Moscow Luhansk People’s Republic (LPR) to Russia claimed its forces were “moving from the south towards Lysychansk”.

On Telegram he said that firefights were happening in a number of nearby towns and that LPR forces were winning.

He said: “The hours to come should bring considerable changes to the balance of forces in the area.”

The war has become increasingly brutal in recent weeks with Russian forces increasingly making the gains they failed to make in the opening weeks of the conflict.

According to Ukrainian officials three civilians died as a result of Russian shelling in the Donetsk region while another three died after shelling in the Kharkiv region.